Lightning confident in both goalies as Final goes to Chicago 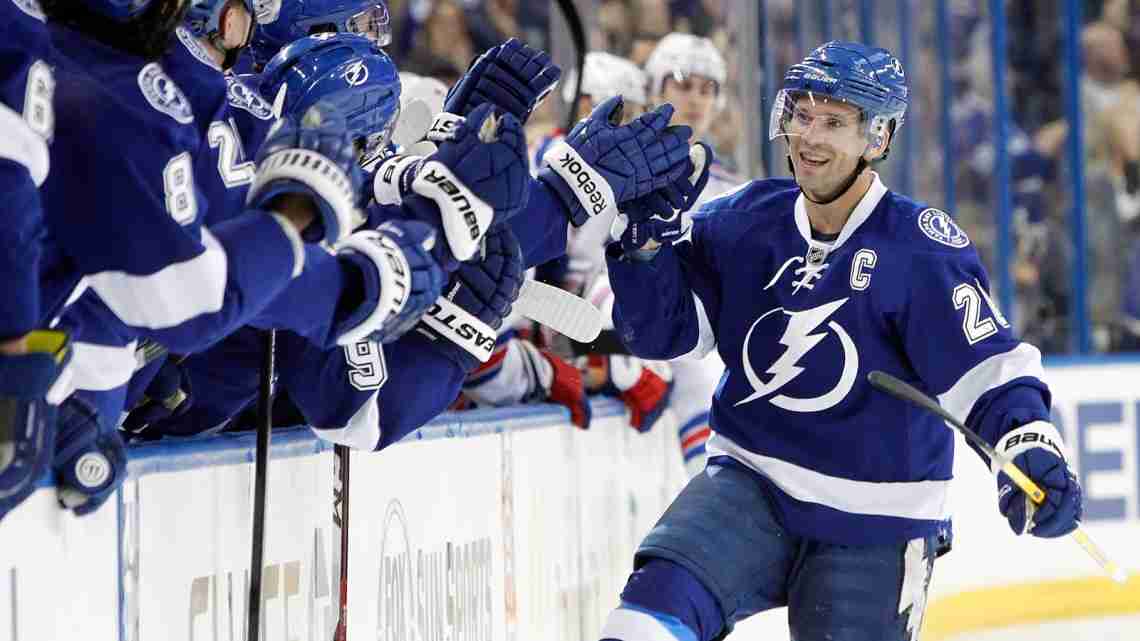 TAMPA, Fla. (AP) _ Whether Ben Bishop or Andrei Vasilevskiy is in net for the Lightning when the Stanley Cup Final continues in Chicago, their Tampa Bay teammates are confident they can chase a championship in front of either goalie.

That trust was earned over a long season, and it was cemented in the wacky third period of Game 2 on Saturday night.

In a scene that got weirder with each of the Lightning’s three goalie changes, the veteran Bishop and his 20-year-old Russian understudy shared the final 20 minutes of Tampa Bay’s 4-3 victory.

The Lightning evened the series when Vasilevskiy stopped all five shots he faced in 9:13 spread over two stretches, including the tense final 7 1/2 minutes. Vasilevskiy was caught by surprise when Bishop exited the tied game, but he showed no fear in his big moment.

“Yes, a little big,” Vasilevskiy said. “But after the first couple of shots, I felt better. I kept my head in the game.”

The Lightning refused to say why Bishop left midway through the third period, briefly returned, and then left for good. They also wouldn’t say whether they expect Bishop to play in Game 3 at the United Center on Monday night.

If Bishop can’t go, the Lightning’s Stanley Cup hopes would rest on the 19th overall pick in the 2012 draft and his 19 total games of NHL experience, including relief duty in three postseason contests.

Vasilevskiy was a solid 7-5-1 with a 2.36 goals-against average and a .918 save percentage as a rookie this year, but he didn’t get much work. Bishop set the franchise record for victories, and he has 52 combined wins this year.

Vasilevskiy hasn’t started a game since March 31, playing just twice in relief between then and Game 2.

“I’m sure it can’t be easy for him,” Tampa Bay forward Ryan Callahan said. “I’ve never experienced anything like that before. He showed a lot of character and came up with some big saves there.”

Vasilevskiy is a newcomer to the NHL playoffs _ but so is Bishop.

Bishop missed last year’s postseason with a wrist injury after finishing as a finalist for the Vezina Trophy, and he had just one AHL game of professional postseason experience entering this spring. The 6-foot-7 goalie has had a few ugly games mixed with a largely solid effort in the Eastern Conference bracket.

“The one thing about Vasilevskiy, I know we have two unbelievably capable goaltenders,” Tampa Bay coach Jon Cooper said. “When Bish had to leave, there wasn’t an ounce of stress on anybody on our bench, including myself. I mean, the kid proved it when he went in. He was great.”

Vasilevskiy has played plenty of big games at lower levels of hockey, but a Chicago crowd lusting after the Cup would provide an entirely new level of pressure. The Lightning claim they’re completely confident their young goalie could handle it _ and he feels even more confident than he did one period ago.

“Nervous? Just maybe a little bit,” Vasilevskiy said. “But after the first couple shots, I feel myself better. Every game I’m ready, and I keep my head ready for the game, and that’s it. … First time, maybe more nervous. But second time, just play and that’s it.”