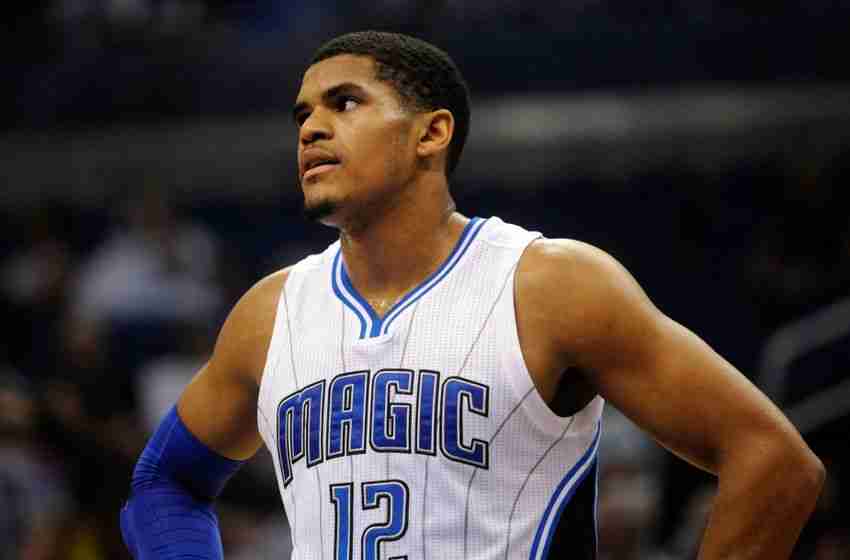 After missing on their biggest target, they are now doing what they can to ensure their rebuilding process doesn’t take a step backward.

The Magic formally announced the re-signing of forward Tobias Harris, along with the signing of free agent big man Jason Smith on Tuesday. Additionally, the team announced a minor deal that sent forward Maurice Harkless to Portland in exchange for a conditional second-round draft pick.

In Harris, Orlando brings back a 22-year-old that has steadily improved since being acquired in a 2013 trade. The signing of Smith was a consolation prize of sorts after general manager Rob Hennigan was unsuccessful in persuading Atlanta two-time All-Star power forward Paul Millsap to venture farther south.

This past season, Harris averaged a career-high 17.1 points per game, while shooting a career-best 36 percent from the 3-point line. A source previously told The Associated Press that Harris’s new pact is four years and $64 million.

“This organization has put a huge trust in me as a player since the day that I got here,” Harris said. “So I just want to embrace the whole situation and everything that’s going on. And I’m just so excited for it.

“You just never know in free agency, but this is where I wanted to be. Throughout the whole process I had my mind set on coming back here…So I’m happy it worked out in this way.”

Hennigan called Harris a “critical part of the team.”

“He’s been that way since his arrival (and) he’ll continue to be that way,” Hennigan said.

Harris dismissed the notion that there was any animosity between him and new Magic coach Scott Skiles, who coached him for two years in Milwaukee.

“We have a great relationship,” he said. “Coach Skiles, I love to play for him. In Milwaukee … I was a young player, and didn’t get the time that everybody expected. But that comes with the territory. That comes with being a young player in the NBA.”

Smith doesn’t bring the defensive skillset that Millsap would have provided, but the 7-footer does have the ability to stretch the floor and shoot mid-range jumpers. The 29-year-old said he’s excited about the opportunity to help the Magic’s attempt to turn things around.

“A young corps group of guys. Lots of talent,” Smith said. “I think with coach Skiles coming in, I think he’s going to point the ship in the right direction, get a lot or organization (and) discipline. I think that’s really what his track record has been, a really hardnosed defensive mind.”

Entering his eighth NBA season, Smith played in a career-high 82 games during his lone year in New York last season. That came after he was slowed by knee and shoulder issues at his previous stop in New Orleans.

“Back early on in my career I had an ACL (injury) and you worry about that stuff,” Smith said. “But I came back from it just fine. There’s always going to be injuries if you play the game the right way. It’s how you overcome those injuries. I think last year being healthy for all 82 games, playing solid, it’s really turning me around.”

Smith will have an opportunity to fill an immediate need at power forward alongside starting center Nik Vucevic.

The Magic dealt former backup big man Kyle O’Quinn to Smith’s old team in a sign-and-trade last week. The only remaining frontcourt players on the roster are Channing Frye, who struggled at times defensively, Dewayne Dedmon and Andrew Nicholson.

“I’m looking forward specifically to coaching this team because I do think we do have good young talent and guys that will listen and work,” Skiles said. “And I think that’s a good combination.”