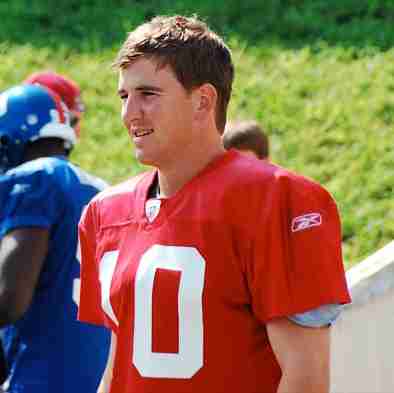 EAST RUTHERFORD, N.J. (AP) _ Ben McAdoo has shown a willingness to gamble in his first season as the Giants coach, and New York is riding his hot hand for a run at their first postseason berth since winning the Super Bowl in 2011.

Eli Manning threw his third touchdown pass of the game on a fourth-down, fourth-quarter roll of the dice by McAdoo, and the Giants beat the Cincinnati Bengals 21-20 on Monday night for their first four-game winning streak since 2013.

“We like the position we’re in. We’ve just got to keep going. We can’t slow down,” said Manning, who was 28 of 44 for 240 yards and two interceptions. “We can’t relax for a second. Every game we’ve been playing is tight. I’m proud of the way the team is fighting.

Manning threw scoring passes of 10 yards apiece to rookie Jerrell Adams and Odell Beckham in the first half, and a game-winning 3-yarder to rookie Sterling Shepard on a daring call with New York (6-3) down 20-14 early in the fourth quarter.

The six wins match the Giants’ total in each of the last two seasons under Tom Coughlin, and it bodes well with Chicago (2-7) and Cleveland (0-10) on tap the next two weeks.

The key to this one was McAdoo’s decision to play for a TD early in the fourth. The third quarter ended with New York at the Cincinnati 9, facing a second and goal.

When Manning came to the sideline, McAdoo told him they were in four-down territory.

“I don’t know if I’ve heard it before,” Manning said of being told before the second-down play. “Obviously on third down, they tell you. We had the quarter change, so I think he had some time to think and wanted me to know and to tell the offensive guys the circumstances.”

The fourth quarter started with an incomplete pass intended for tight end Will Tye. A 6-yard pass to Tavarres King set up the fourth-down pass to Shepard, who cut across the field on a shallow route and beat the linebacker.

“We knew it was going to take touchdowns to beat this team,” McAdoo said. “It’s a good football team and we felt like we needed to score touchdowns. “

The Giants defense took over from there, closing it out on Landon Collins’ fourth interception in the past three games and two stops, the last on consecutive sacks of Andy Dalton with less than five minutes to play.

Dalton threw a 13-yard touchdown pass to A.J. Green and Jeremy Hill scored on a 9-yard run that was set up by an 84-yard kickoff return by Alex Erickson to start the second half. Mike Nugent kicked two field goals for Cincinnati (3-5-1), the second giving the Bengals a 20-14 lead early in the third quarter.

Dalton said the Bengals just couldn’t get anything going after taking the lead. They missed a short third down play in the fourth quarter and then never threatened.

The Giants had a 14-10 halftime lead. Manning capped an 80-yard opening drive with his pass to Adams . He hit Beckham (10 catches for 97 yards) on New York’s final drive of the half.

A 71-yard pass from Dalton to tight end Tyler Eifert set up Green’s touchdown, and an interception by Dre Kirkpatrick led to Nugent’s first field goal, which was disappointing since Cincinnati had first-and-goal at the Giants 7 after the return.

Giants second-year G Brett Jones made his first NFL start and lasted one series before leaving with a strained calf. New York WR-KR Dwayne Harris (toe) left in the second half, as did the Bengals DE Wallace Gilberry (calf).

The Giants inducted two-time Super Bowl-winning coach Tom Coughlin, defensive end Justin Tuck and former general manager Ernie Accorsi into their Ring of Honor. Coughlin, who stepped down after last season, was the last to be introduced, and he started by saying he wasn’t going to be “cheated” in giving his acceptance speech. He wasn’t. He spoke so long the teams had to wait for the second half to start.

Bengals: Host the Bills on Sunday.

Giants: Finish a three-game homestand with a matchup against Chicago.

Next post 'We're not going anywhere': Millennials march against Trump