Marlins lose to Nationals 1-0, then trade Morse and Latos 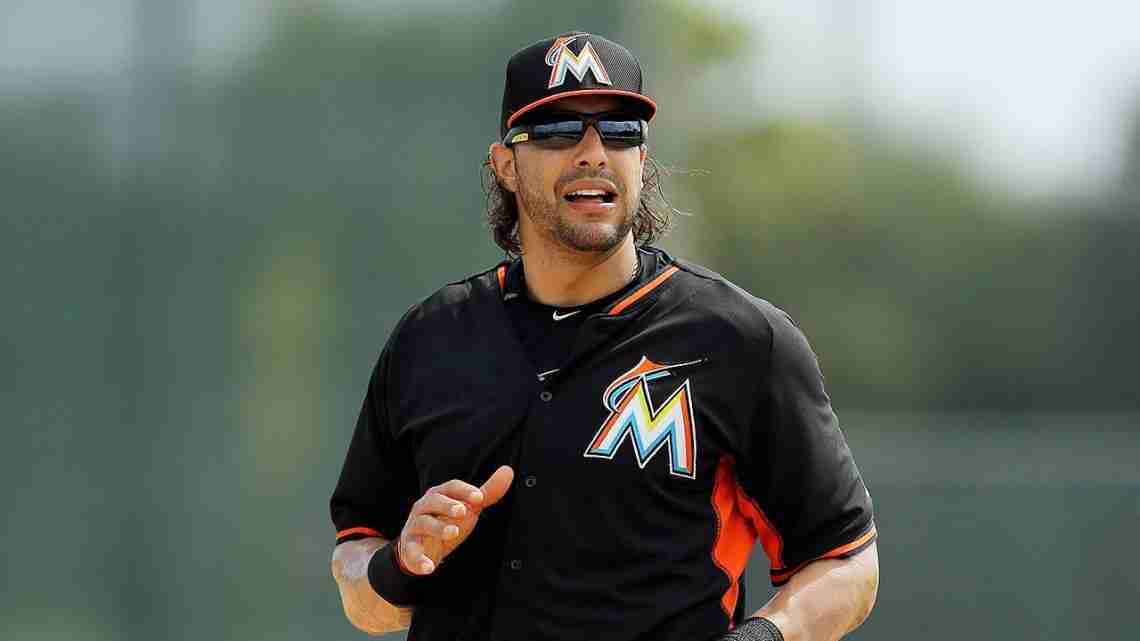 MIAMI (AP) _ Michael Morse swung and missed, ending the game and his time with the Miami Marlins.

Morse and pitcher Mat Latos were traded Thursday to the Los Angeles Dodgers for three minor league pitchers. It marked another rough chapter in a season filled with frustration for the Marlins, who lost to the Washington Nationals 1-0.

Morse wasn’t even sure he was eligible to hit when he was told to grab a bat in the ninth.

“It’s been weird,” Morse said after the game but before the trade was announced. “I don’t think this is usually what happens, these kind of moments and stuff. It’s been a weird year for me and a weird year for this team. So I couldn’t expect anything less.”

Moments later, Morse was summoned away by Latos, presumably to get the word from the Marlins that they were gone. The Marlins said they acquired right-handers Victor Araujo, Jeff Brigham and Kevin Guzman in the deal, which also included them sending a competitive-balance draft pick to Atlanta.

“When I have to sit here and say we’ve made a trade and we haven’t added, it means something has not gone right,” Marlins President Michael Hill said. “As we currently sit right now, we’re 18 games under .500 and not performing the way we felt like this team was capable of performing.”

Morse’s season took another turn later in the day when he was designated for assignment by the Dodgers.

Latos and Morse were supposed to be parts of a big offseason overhaul by the Marlins, who also signed Giancarlo Stanton to a $325 million, 13-year deal, locked up young outfielder Christian Yelich with a long-term contract and brought in Dee Gordon to lead off over the winter with the expectation of competing in the NL East.

The plans all went awry, mostly through injuries and poor production.

“I’m sure it’s tough for them, tougher for them than any of us,” said Marlins starter Dan Haren, who himself has been mentioned in trade rumors in recent days. “Yeah, it’s been a crazy few days.”

Jonathan Papelbon _ who was traded to Washington by Philadelphia on Tuesday _ made his debut for the NL East leaders, and it went just as they envisioned.

It was perfect, just like his season so far.

Max Scherzer scattered three hits over seven innings, and Papelbon got his first save for Washington with a flawless ninth inning.

“To be honest, very nervous,” Papelbon said when asked he how felt entering his Washington debut. “I can’t really explain it. You come here to a team and expect to win and expect to do your job. That’s all that’s expected of me. I’m glad it’s out of the way.

Backed by Ryan Zimmerman’s second-inning homer off Haren, Scherzer (11-8) struck out six and lowered his ERA to 2.22.

“I was in the shower with Storen and said to him, `Can you show me that slider grip?”’ Papelbon said. “He was really, really good.”

Papelbon retired Ichiro Suzuki on a comebacker, got Christian Yelich to line out and struck out Morse for his 18th save in 18 chances this season. Zimmerman led off the second with a homer to left off Haren (7-7), who gave up four hits in six innings and lowered his ERA to 3.42.

“If you don’t score, you’re not going to win,” Marlins manager Dan Jennings said, after the club endured its 26th game of scoring one run or less. “Plain and simple.”

Marlins: RHP David Phelps (4-7, 3.86) starts Friday in the opener of a series against San Diego at Marlins Park. The Marlins have given Phelps a total of four runs of support in his last six outings. RHP Ian Kennedy (6-9, 4.58) is the scheduled starter for the Padres.