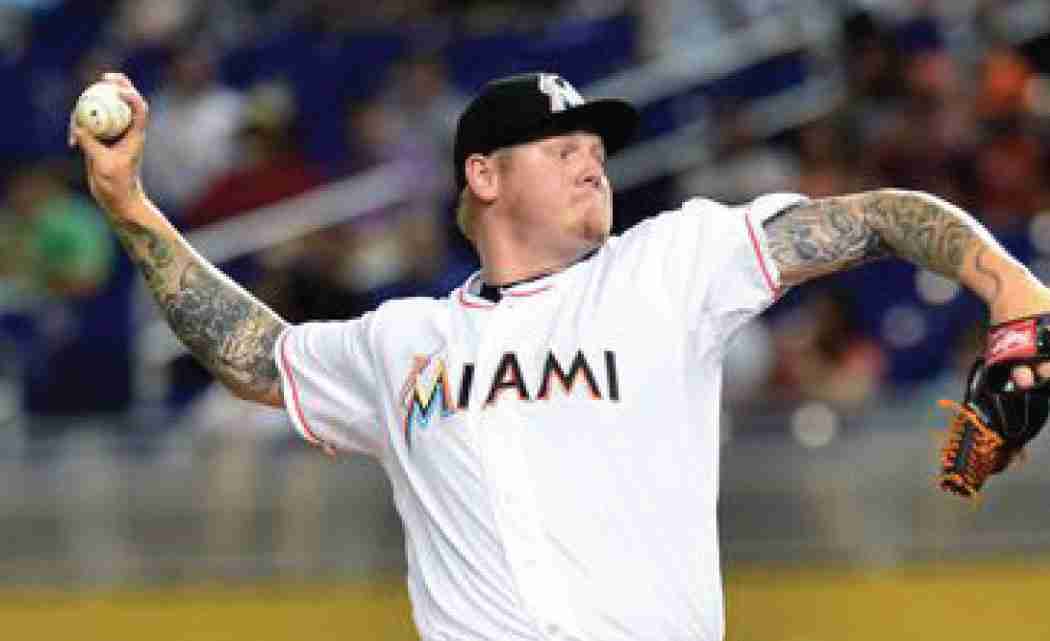 MIAMI — Right-hander Mat Latos left the Miami Marlins’ game against Atlanta in the fourth inning Saturday with a bruised left shin after being hit by a line drive.

X-rays were negative, but Latos said there was swelling and a knot on his shin. He walked out of the clubhouse using a crutch and was noncommittal about whether he’ll be able to make his next scheduled start.

He crumpled face down on the turf after being hit by Cameron Maybin’s liner. After being examined by a trainer, he rose, limped off the field and hopped down the dugout steps.

“From where it hit me all the way down, it was numb,” he said. “When I got the feeling back is when it really started hurting.”

Latos was replaced by right-hander Tom Koehler, making his first relief appearance since 2013. Koehler was sent before the game to the bullpen to make room in the rotation for right-hander Henderson Alvarez, who will be activated from the disabled list to start Sunday.

Next post Georgian architecture, hot springs among gems in Bath