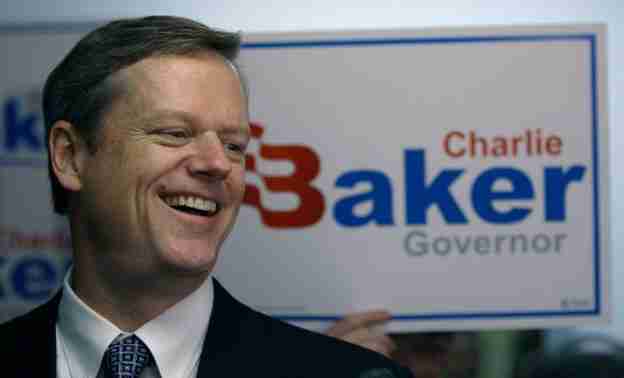 Boston’s mayor delivered a harsh blow to the city’s effort to host the 2024 Olympics when he declared on Monday he wouldn’t sign any document “that puts one dollar of taxpayer money on the line for one penny of overruns on the Olympics.”

That document is the host city contract that has to be signed by government leaders before any city can be chosen as host. Mayor Marty Walsh made his announcement at a hastily called news conference that coincided with Gov. Charlie Baker’s meeting with the U.S. Olympic Committee.

The USOC was pressing Baker for assurances that he would back the bid. But following the governor’s meeting, an administration spokeswoman said Baker reiterated to the USOC that he had to wait for a report from a consulting group, due next month, before making any decision on whether to lend his support.

The USOC board was meeting later Monday to discuss the future of the bid. Baker’s recalcitrance, combined with an about-face from a previously supportive Walsh, gives the board an opening to pull the plug on Boston, where public support has lagged. Los Angeles would be the most likely fill-in candidate if the USOC decides to go that direction.

Walsh didn’t say the Boston bid was dead, but he hinted of no plans to sign the host contract on anyone else’s timeline.

“If committing to signing the guarantee today is what’s required to move forward, then Boston is no longer pursuing the 2024 Olympic and Paralympic games,” he said.

The host city contract is a document that, essentially, guarantees that the International Olympic Committee won’t be held responsible for any cost overruns for an Olympics. That puts the burden on the host city, state and country. It’s always a difficult sticking point for U.S. candidates, because unlike governments in most other countries, the U.S. government doesn’t back any Olympic efforts. The contract doesn’t need to be signed until 2017, but given the 11th-hour signings that have happened in past, failed bids _ most notably, New York for 2012 and Chicago for 2016 _ the USOC is eager to have it delivered well before then.

Walsh said it won’t get his signature until he’s assured the taxpayers won’t have to foot the bill.

“I will not sign a document that puts one dollar of taxpayers’ money on the line for one penny of overruns on the Olympics,” he said.

“I refuse to mortgage the future of the city away. I refuse to put Boston on the hook for overruns, and I refuse to commit to signing a guarantee that uses taxpayers’ dollars to pay for the Olympics.”

The official deadline to nominate a city isn’t until Sept. 15, but the USOC is looking for answers right away. That’s in part because there still could be time to get Los Angeles on board, and because there’s a key International Olympic Committee meeting taking place later this week in Malaysia, where the 2024 bid will be a hot topic. Leaders of the Boston bid were expected to attend.

They’ve been under pressure to shore up poll numbers that show public support in the 40 percent range.

Plans are being made for a voter referendum next year, and the bid leaders have promised if it doesn’t win both in Boston and statewide, they would pull the bid.

Next post Infant mortality declined slightly in Ohio in 2013