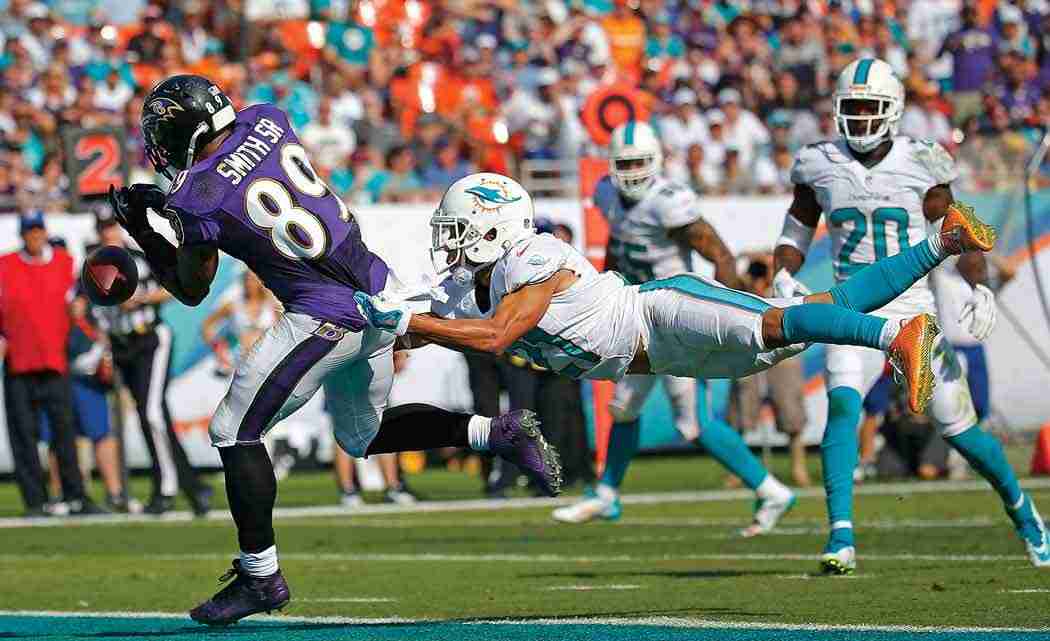 OPENING STATEMENT: “That was a gritty performance by this football team. They hung in there, did a hell of a job. I mean, they fought to the end and they earned that win.”

AP: Coach, talk about running the football – 27 rushes, 130 yards. On that, was that offense tough to come by?

DC: “At the end of the day, I felt like we did what we had to do to win against a football team like that. You know, every team, every game that you play has got its own unique set of challenges, and we felt like this was the type of game we needed to be able to play. And certainly you’d like to be more productive in the pass game…I’ll tell you what, any time you win with good defense and running the football, I don’t have a problem with that. Look, this team…this is twelve games in a row that this team, this Baltimore team has been in a one score game. We knew this thing was going to come down to the end. It was going to be a dog fight. That just shows the character of the guys in the locker room. They fought.”

AP: How would you evaluate the passing game today? I mean, obviously I know that you came in emphasizing the run, but did you expect more production in the passing game?

DC: “Well, yeah, sure. You throw it 19 times, you’d like to complete more than nine, certainly. So yeah. We’ll look at the tape. We had a couple of things that broke down. I think we had a couple of protection issues where we tried to set up play action pass and that didn’t help Ryan [Tannehill, QB]. We had a drop. We had some tough situations where it’s third-and-eleven…it’s got to be better. It’s got to be more productive. We’ll look at all those things. We did what we had to do to win the game, once again.”

AP: Coach, at fourth-and-inches down there…stepped up the second week with a big stop on fourth down and then that really allowed the game at that point to turn around. Then a few minutes later you’re up 15-0.

DC: “Our defense, they played lights out. That was a hell of a stop by those guys, to just dig in and do it again. Our defense, really – they changed the game for us. Between Reshad’s [Jones, S] pick, after the tipped ball, and then [DE Derrick] Shelby doing what he did, and then the fourth down stop, all those things – our defense played lights out. I was proud of them.”

AP: You got  a lot of pressure from the outside. [DE] Olivier Vernon, two-and-a-half sacks, Shelby, half a sack and then you had the pick six…were you looking for that pressure on the outside from these guys?

DC: “We were. We felt pretty good about the fact that we were going to get the shot this week. If we could just put them in third down situations or longer passing situations, just try to stay ahead of them, then we could just do those things. Our D-line took advantage of it.”

AP: Speaking of your D- line, you have OV [Olivier Vernon] with two-and-a-half sacks, Shelby with the pick-six, you guys lost [DT] Robert Thomas, you were without [DT] Earl Mitchell, [Baltimore Ravens ILB] C.J. Mosely put you in the hole 97 yards…what did you see from those guys and how they kind of took charge of the game?

DC: “There again, [DT Ndamukong] Suh played another hell of a game. He’d go and go, then he’d be out one play, and it seemed like he would be right back in again. He played lights out again, the way he’s been doing. He anchored that line. Jordan Phillips [DT] I thought took a step up today. Jordan Williams [DT] was in there a little bit. At one point we had Shelby who we put down in there. They stepped up. They made the plays that they had to for us. That [Baltimore] O-line, they came in the game and really tried to attack us the way we wanted to attack them; which was, they tried to establish the run game, they tried to wear us out up front, and it didn’t happen. Those guys just kept fighting.”

AP: Since you talked about the word ‘smarter’ with the passing game – Ryan Tannehill – audibles was the story of the week. Did he audible? Was he smart? Did he play the kind of game you wanted him to play?

DC: “Yeah, he played a smart game. We had some audible checks in there for the runs. There were a few routes that we changed. A few, a couple, a few. There were things in there that certainly we’ll build off of, we need to be better at. Communication overall. But yeah, he had a few changes in there to get us to the right place.”

AP: Did you think you had that first down?

OPENING STATEMENT: “Obviously a very disappointing loss, I thought our guys played their hearts out. They played tough and didn’t come away with the win at the end.”

AP: What are your thoughts on those two plays in 20 seconds for TDs?

JH: “Those are the two plays in the game that made the difference in the game, just like you said.”

AP: On the plays close to the goal line, did you think you had made it?

JH: “Well, the first one we didn’t have a look at it to get it so you’ve got to have a look or they’re not going to give it to you and you’re going to throw away a timeout there. The second one to me, it was clearly, the surge clearly went across the six inches or less that we had to get and he didn’t give it to us on the spot, and you can’t challenge that because in New York if they don’t have a ball, if they can’t see the ball, they’re not going to overturn it. So whenever you get surge and the quarterback’s got the ball right there up in his chest and he’s behind that offensive line, that’s a first down in football. Always is and always has been.”

AP: Did you get an explanation on Daniel Brown’s pass interference call?

AP: How is injury to Crockett Gilmore?)