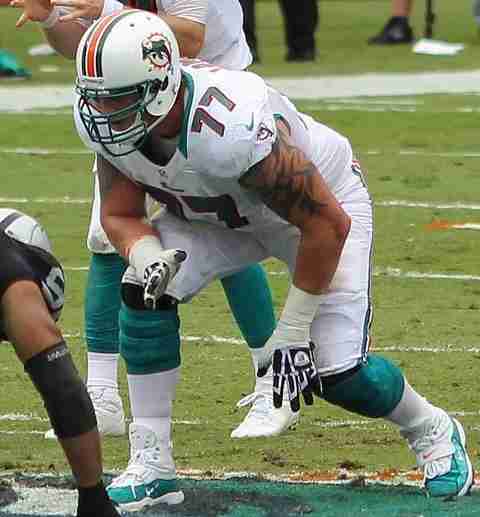 EAST RUTHERFORD, N.J. (AP) – The Dolphins can relax Sunday, watch some football and know they kept themselves in a strong position to make the playoffs.

Miami’s 34-13 rout of the New York Jets on Saturday night was its eighth win in nine games. At 9-5, the Dolphins guaranteed themselves a winning record for the first time in eight years and put some pressure on other wild-card contenders such as Denver, Baltimore, Houston and/or Tennessee to keep winning.

Not that coach Adam Gase or backup quarterback Matt Moore – who, with Ryan Tannehill (knee) sidelined, threw for four touchdowns in his first start since Jan. 1, 2012 – are concentrating on the playoff chase.

Well, at least that’s what they claimed.

“I don’t know if we’re worried really about final records or anything right now,” said first-year head coach Gase. Our guys are focused on just making sure whatever opponent we have next, that we come out of that week 1-0.”

“It’s good right now, but we’ve got to keep the focus and keep going,” said Moore, who completed only 12 throws, but saw receivers Jarvis Landry and Kenny Stills break long TDs. “Guys obviously know what’s on the table and what’s out there. We’ll enjoy this one and get back on to next week.”

That would be at Buffalo, followed by hosting New England, which figures to have the AFC East and possibly home-field advantage throughout the playoffs wrapped up by then. Should Miami get to 11 wins, it almost certainly will get into the Super Bowl chase.

Other takeaways from Miami’s manhandling of the Jets (4-10):

Cameron Wake, in the midst of a terrific season, was the best defensive player on the field. He had only two tackles, but one was a sack on which he forced Bryce Petty’s fumble that Ndamukong Suh recovered.

Wake was at the center of a pass rush that often overwhelmed New York’s undermanned offensive line, and led to three sacks. His crowning moment was the first interception of his eight-year career.

“We’re having a lot of fun out there,” Wake said. “Obviously, I’m not back in coverage very often, so that was a new one for me, but the ball was there. I had to go back to my linebacker days.”

Gase believes Wake simply knows how to grab the spotlight.

“I think when you have a player of his ability that has played as long as he has, he has that knack for timing,” Gase said. I know him intercepting, he’s dropping into a zone blitz. Sometimes when you’re a quarterback, you just don’t see the guy, you don’t anticipate that guy being in that spot.”

Gase was puzzled before the game when he saw Wake doing some ball drills.

“I was watching him catch balls in warmups,” he said, “thinking to myself, `Why is he catching balls in warmups?’ And all of a sudden, I look up and he picks one off. So maybe he knew something that I didn’t.”

The Jets had plenty of mistakes, bad decisions and poorly executed plays to go around, but coach Todd Bowles insisted on shouldering the blame .

“You don’t explain it,” Bowles said. “It’s all on me. I did a terrible job, as far as getting these guys ready to play. We were ready to play in the first half, but the second half, me being the head coach of this team and us not looking very good right now, it’s all a direct reflection on me.

Petty was knocked out of the game on the first play of the fourth quarter when he got sandwiched by Wake and Suh as he completed a 28-yard pass down the right sideline to Robby Anderson.

X-rays at the stadium were negative, but Petty was scheduled to have a CT scan on Sunday to make sure he doesn’t have a bruised or punctured lung.

With starting running back Matt Forte nursing a torn meniscus in his right knee – he had four carries for 21 yards and one reception for 7 – Bilal Powell looked quick and shifty as a receiver and runner.

The sixth-year pro came off a 145-yard, two-TD performances at San Francisco to rush 16 times for 84 yards and catch 11 of the 12 passes thrown his way for 78 yards.

With Forte ailing and little depth at the position, Powell figures to be quite busy in the final two games, against New England and Buffalo.

Staff at MetLife Stadium had quite a challenge this weekend with the Dolphins-Jets game followed at 1 p.m. Sunday by Lions-Giants. Throw in a snowstorm that hit the area early Saturday morning and clearing parking lots at the massive complex added to their jobs.

The end zones did not have the Jets logo painted on them Saturday night, and remained with diagonal lines for Sunday’s game. It was a throwback look that while plain also was kind of cool to see.

Next post Research focuses on keeping needles on Christmas trees