Mistakes pile up as Dolphins’ season ends with a thud 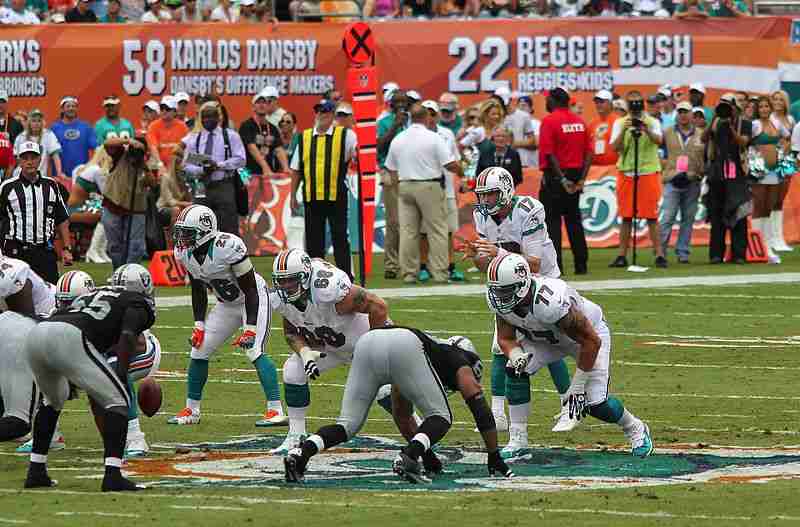 By WILL GRAVES
AP Sports Writer

PITTSBURGH (AP) – Matt Moore slowly sat up and took a moment to gather himself after a hit by Steelers linebacker Bud Dupree to the chin of the Dolphins quarterback sent Moore flying onto the frigid Heinz Field turf.

Moore missed just one play after getting drilled by Dupree. But the grit he showed only set the stage for an even more painful experience as the Dolphins saw their resilient season end with a 30-12 loss to Pittsburgh on Sunday.

The team that transformed itself on the fly under first-year coach Adam Gase, rallying from a 1-4 start to reach the postseason for the first time since 2008, was undone by an inability to slow down Pittsburgh’s Big Three of Antonio Brown, Ben Roethlisberger and Le’Veon Bell. And by turnovers on three consecutive possessions in the middle of the game that erased any outside shot at a comeback.

Moore completed 29 of 36 passes for 289 yards and a touchdown, but also threw an interception and fumbled twice with the ball in Pittsburgh territory .

“That’s my responsibility,” Moore said. “Both of (the fumbles). The pick, you just can’t do it. Cannot do it. When stuff like that happens, the game goes the way it did.”

The fact Moore was around to see it seemed improbable when the 6-foot-4, 265-pound Dupree launched into him just as Moore released a pass intended for Jarvis Landry with about seven minutes left in the first half. The crown of Dupree’s helmet connected flush with Moore’s chinstrap .

The 32-year-old fell to the ground in a heap and he lay there motionless for several moments. Backup T.J. Yates frantically tried to warm up, a misnomer on a day with the wind chill in the single digits. Stunningly, Moore missed all of one play after being cleared by an unaffiliated neurological consultant and team physician as part of the NFL’s concussion protocol.

“I needed a second, that’s really it,” Moore said. “Checking to see if I had all my teeth, really. I just really needed a second, with all the protocols now with the NFL and I had to do all that. It was fine. I had to gather myself for a second there. I was able to do that and went back in.”

It did little to change the outcome. Not on a day when the Dolphins fell behind by two touchdowns before the game was 10 minutes old. Miami spent the rest of the afternoon frantically and futilely giving chase to the NFL’s hottest team.

It played out in stark contrast to Miami’s 30-15 demolition of the Steelers on Oct. 16, a victory that snapped the Dolphins out of a 1-4 start and set the stage for a 9-2 sprint to the finish.

Miami running back Jay Ajayi piled up 204 yards and two touchdowns in the South Florida sun that day. Three months and 1,200 miles later, the going proved far more difficult. Ajayi managed 33 yards on 16 carries, his breakout season ending under a swarm of guys in black and gold.

“They made it an effort that the run game was not going to beat them today,” Ajayi said. “They stacked the box and we didn’t execute like we should have.”

Despite getting outplayed for most of the first half, Miami still had a chance to get back in it. Mike Thomas’ interception with 56 seconds left in the first half gave the Dolphins the ball at their 27. Four plays later, Miami was at the Pittsburgh 13. One problem: somebody forgot to block Pittsburgh linebacker James Harrison. The 38-year-old chased Moore down and smacked the ball out of Moore’s hands. Pittsburgh’s Stephon Tuitt recovered to end the threat.

The Dolphins took the second-half kickoff and again moved into Steelers territory, but Moore collided with Ajayi. The ball squirted free and any chance Miami had to pick up its first postseason win vanished right along with it.

It was a difficult way to end a promising season under the energetic 38-year-old Gase, who Moore described as “100 percent the right guy for this job.” The early returns were encouraging, but given a chance to prove their playoff spot wasn’t a fluke during a season in which they were outgained and outscored, the Dolphins wilted. Completely.

Previous post New Year, New You: What to Know Before Taking Vitamins or Supplements