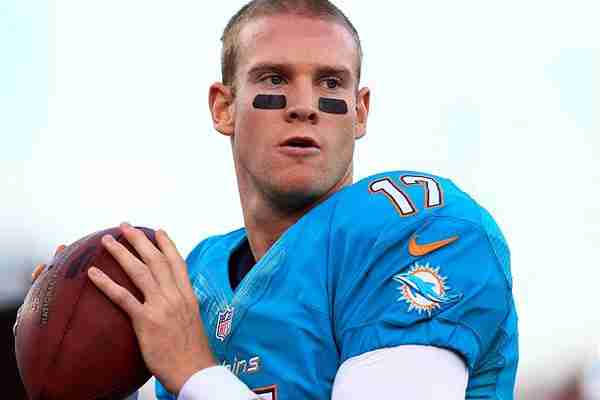 But the team got a scare when starting tight end Charles Clay left the field early with a leg injury and did not return.

Tannehill completed 15 of 27 passes unofficially for 139 yards, two touchdowns and a 2-point conversion and got the offense into the end zone on the opening drive.

The third-year QB got better protection from an offensive line still in flux and looked comfortable throwing on the run and getting the ball out fast in new offensive coordinator Bill Lazor’s offense.

“That’s our offense, all timing, so we don’t want to be back there holding the ball,” said Tannehill, who was sacked a league-high 58 times last season. “We’re going to push the ball downfield but it’s still timing. That’s the big emphasis and you can’t be back there holding the ball for three or four seconds and not expect to give up a lot of sacks.”

Running back Lamar Miller, who has had his best training camp so far, caught one of the touchdown passes and also showed off his speed and elusiveness on a few runs. He rushed for 36 yards on six carries and caught two passes for 27 yards and the touchdown.

The defense started off slowly but picked it up as the scrimmage progressed, with sacks by Cameron Wake, Dannell Ellerbe, Dion Jordan, Derrick Shelby and Terrence Fede.

Rookie linebacker Jordan Tripp had the play of the day with a 73-yard fumble return for a touchdown. He also forced the fumble and Cortland Finnegan and Jimmy Wilson each had an interception.

“It was a lot of fun finally getting out there for a little live football,” Wake said. “It was nice getting to tackle and actually participate in series and drives where whatever happens counts versus just the coach telling you what happens next. You actually had a return on your investment as far as your work. We saw a lot of good plays from the offense and the defense so it was a good step in the right direction.”

After taking Sunday off, the Dolphins returned to practice in Davie in preparation for this Friday’s preseason opener at the Atlanta Falcons.

“We got a lot of good work in there today,” coach Joe Philbin said. “It was good to see us get some takeaways and we also got the ball in the end zone offensively but there were certainly some things we need to correct.”