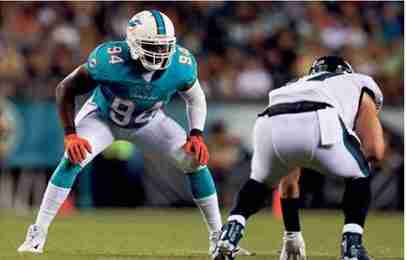 Timmons went AWOL Saturday, the day before the Dolphins’ season opener at the Los Angeles Chargers. The Dolphins later made contact, but he wasn’t with them at the game and didn’t fly back to South Florida on the team plane after Miami’s 19-17 win.

Gase said he hadn’t talked with Timmons about his brief but untimely disappearance, and didn’t know whether the linebacker had returned to the team complex.

“I’m kind of dealing with the guys that played,” Gase said.

Gase declined to say whether Timmons might play Sunday at the New York Jets. But the coach said his only rules for players are to be on time and play hard.

His tolerance for a violation of those rules? “What do you think?” he said. “I’ve got two rules. It’s not hard.”

Miami players seemed to be in a more forgiving mood, with several saying they would be happy to welcome Timmons back.

“Heck yeah, man,” center Mike Pouncey said. “We won’t turn our back on anybody, regardless of the situation. He’s one of us, one of our brothers.”

Without Timmons, the Dolphins had only four linebackers active against the Chargers. Undrafted rookie free agent Chase Allen started in Timmons’ place and made three tackles. Middle linebacker Mike Hull, making his second career start, played every snap and led Miami with 10 tackles.

“It’s definitely not ideal,” Hull said. “We threw some stuff together on Saturday night. We were a little thin, but we made it work with what we had.”

The Dolphins, third worst in NFL run defense last year, allowed the Chargers 44 yards rushing on 14 carries, and held them scoreless over the final 23 minutes.

Timmons signed a $12 million, two-year deal with Miami in March after 10 seasons with Pittsburgh, where he won a Super Bowl ring in February 2009 and made the Pro Bowl in 2014.

Miami’s scheduled opener Sept. 10 was postponed because of Hurricane Irma.

With the Dolphins given several days off, Timmons spent time with former Steelers teammates on their practice field and in the locker room on Sept. 8 before their first game.

Several Dolphins players said Timmons showed no signs he was dealing with any issues, and said he had been a model teammate during the preseason.

“He has been a team leader, always uplifting and bringing other guys along,” safety Michael Thomas said.

Several players said they hadn’t talked with Timmons or seen him since team meetings on Saturday.