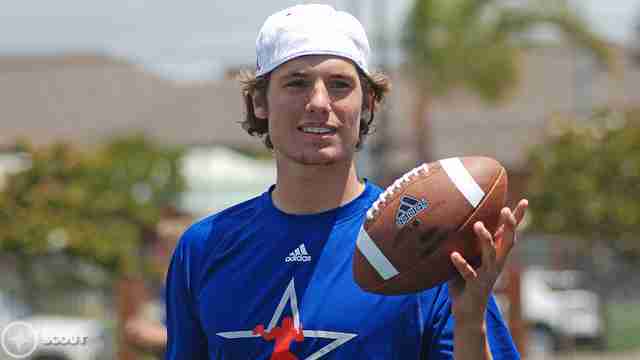 Allison is a quarterback from Palmetto (Fla.) High who was an Under Armour All-American after throwing for 18 touchdowns as a junior and is generally considered one of the top recruits at his position nationally this year.

Quarterman is a linebacker from Oakleaf High in Orange Park, Florida. He was a first-team Class 7A player after piling up 137 tackles as a junior, and has 311 tackles in his high school career so far.

Grant-in-aid agreements do not bind athletes to a school like letters of intent do, but rather reaffirm a school’s commitment and scholarship offer to a prospect.

In turn, Allison said he wanted other recruits to see how committed he was to the Hurricanes.

“It’s such a relief to know that I have a place to be, and it’s a great place to be,” Allison told The Associated Press.

Most recruiting sites list Miami’s group of 2016 commitments among the best in the country, and Allison said he hopes that those who have already said they will be joining the Hurricanes don’t waver.

“Once The U starts getting better, everyone in the nation will want to be here,” Allison said.

Miami opens its fall practice schedule Thursday morning. Letters of intent can be signed on Feb. 3, though some members of the recruiting class will likely enroll at Miami in January.

Next post Tannehill confident, hopeful of a breakthrough in 2015