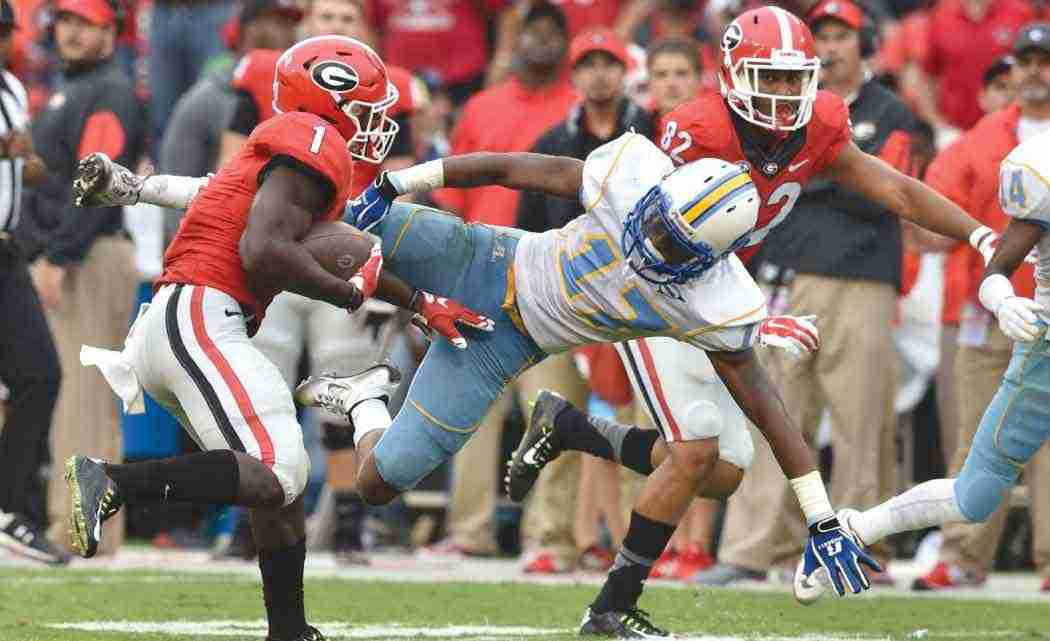 WASHINGTON — Like many teams at historically black colleges and universities across the nation, Howard University’s football team lost its first two games of the season by embarrassingly large margins; for Howard, a combined score of 118 to 0.

The second trouncing, a 76-0 loss to Boston College, made national news when referees shortened the game to avoid injuries and further embarrassment.

Meanwhile, Morgan State, a perennial MEAC powerhouse, lost 63 to 7 in its first game and 67 to 14 a week later.  Other HBCU teams posted similar results.  In all, they lost by combined scores of 492 to 92 in the first week.

These HBCUs, as well as predominately white small college teams take those beatings annually because they need the money.  The teams are paid millions and millions of dollars to play games they are expected to lose against big name football programs like Air Force, Georgia, Boston College, Michigan, Alabama and others.

Just recently, Southern University collected a $650,000 check to play the University of Georgia in Athens.  It lost 48 to 6.

The larger schools fill out their early, non-conference schedule  with big, home-field wins against smaller programs to help boost school spirit and alumni participation, which means more money and support for their programs, experts said.

HBCUs and other smaller colleges play because a check can account for 25 percent or more of their sports program, experts said.

The practice isn’t new or hidden.  Solomon Brannan, former head coach of Morris Brown College’s football team and others say larger-budgeted schools have been shelling out anywhere from $500,000 to $1 million for a game.  Last year’s college football season-openers cost Big Ten teams a total of $12.9 million, according to ESPN.

Many HBCUs and other lower-division schools have an athletic budget around $4-5 million, said Lut Williams, long-time observer of black college sports and publisher and editor of Black College Sports Page for 22 years.

Big Ten and other higher-division schools, by comparison, can have budgets over $100 million.  So, even though these guaranteed games mean losses on the teams’ records, the schools often depend on these games to fund a large part of their athletic department, Williams said.

“Some feel that it’s a necessary part of their athletic budget,” Williams said.  “So, they play several of those games, especially teams on the lower end of the budget spectrum.

“A team that just moved up, like Savannah State, needs that money more.”

The smaller-budgeted schools face a multitude of risks when playing these teams, one of the most significant being injuries that could make future wins harder to obtain.

Howard, for instance, reportedly had six players injured in its first two games.

Additionally, a serious injury could put players’ entire season — and possibly their college careers at risk.

Southern University player Devon Gales, for instance, suffered several fractured vertebrae in his neck in the game against Georgia.  He underwent surgery Sunday and currently only has movement in his upper body.

There is no evidence, however, that shows an increase in player injuries due to higher levels of competition, Williams noted.

Howard’s players, however, said they have no concerns about playing higher caliber.  In fact, Williams said, players and coaches look forward to the games – coaches to check for team weaknesses and players to test their own talents.

“We’re excited to test their mettle,” Iduwe said. “We know what we signed up for.”

Howard’s punter, Jack Fleck, who broke the team’s punting record with an 83-yard kick against Appalachian State, said players like the opportunities.

“The only thing that we may worry about is the depth that they have,” Fleck said referring to the number of players an opposing team may have which allows them to switch players in and out more freely.

Fleck also noted that those schools also have the advantage of more money and better facilities.

Ironically, the football players don’t always benefit from the revenue they generate, Brannan said.  The money from the guaranteed games usually goes to the entire athletic department, in large part to pay for programs that don’t generate income – such as tennis, swimming, volleyball, baseball and softball.

Consequently, the football programs often lack the funding to be as attractive to potential recruits as the larger schools, experts said.

Without any other funding options, these schools are stuck in a cycle, Brannan said.

“Now, I’m not saying we shouldn’t play [those games],” he said. “At one time, we could play them and win, but that day is gone because the money is different. We’re at a disadvantage from the start, but we have to do it because we need the money and we’re not getting it from anywhere else.

“We can’t compare on dollars and cents, and America is about the dollar.”