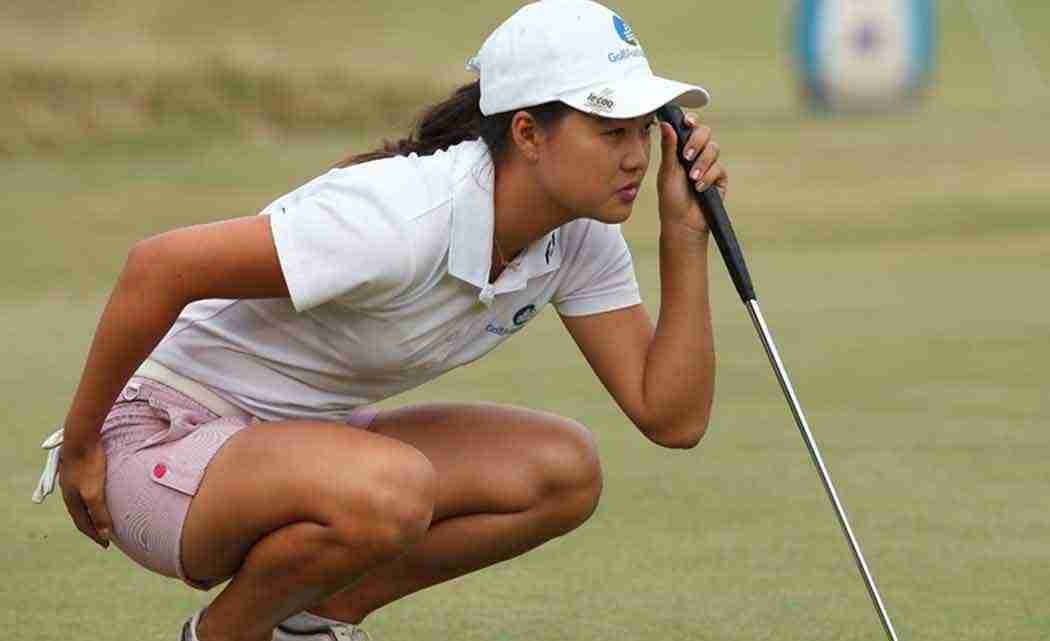 WILLIAMSBURG, Va. (AP) _ Minjee Lee played a five-hole stretch in 5 under to open a four-stroke lead Sunday when final-round play was suspended because of darkness in the LPGA Tour’s Kingsmill Championship.

After making an eagle on the par-5 15th to cap the five-hole run, the 18-year-old Australian was on the par-4 16th when the horn sounded. She hit her approach to the green, but opted to mark the ball and finish the hole when play resumes at 7 a.m. Monday on Kingsmill Resort’s River Course.

“Actually, I just was kind of like, `I’m pretty close,’ but I wasn’t really sure where all the other scores were,” Minjee Lee said of her mindset during the delay. “I just kind of played my own game. My putter was really hot for those couple of holes. Hopefully, they’ll roll in tomorrow, too.”

Alison Lee, who had a two-shot lead before the delay, battled a nosebleed that required attention after play resumed and was alone in second with four holes to play. The 20-year-old UCLA student, who turned pro in December, was 2 under for the day and will start Monday on the tee at the 15th.

“I know exactly what I have to do tomorrow if I want to take this,” Alison Lee said. “It’s all up to me. It’s me against the golf course. No matter what Minjee does, I just have to play my best.”

Former champion Suzann Pettersen was the only one in a five-way tie for third at 10 under to finish. She shot 68.

Third-round leader Perrine Delacour, Paula Creamer and So Yeon Ryu also were 10 under and have four holes left, and Hyo Joo Kim has two remaining. The only other players still on the course, Angela Stanford and Lexi Thompson, were in a four-way tie for eighth at 8 under with two holes to play.

Minjee Lee and Alison Lee were among those scheduled to play in a U.S. Open qualifier Monday. A victory by either would automatically qualify them.

Minjee Lee was three shots behind Alison Lee when a heavy thunderstorm forced the delay at about 4 p.m. The rain softened what had been sun-baked, very firm greens, and Lee took full advantage.

She made two birdies in her first five holes after the delay, then had five 3s in a row, three of them on par-4 holes, and the last on the par-5 15th when she hit a 4-iron to about 10 feet from the cup.

“I still have some work to do tomorrow,” she said. “Strategy wise, I just want to play smart.”