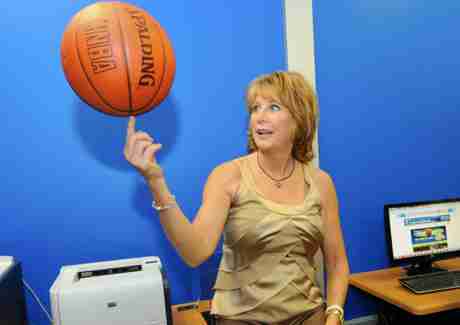 SAN FRANCISCO (AP) _ Hall of Famer Nancy Lieberman was hired as an assistant coach of the Sacramento Kings on Friday, joining Becky Hammon of the San Antonio Spurs as another female NBA assistant coach.

“I am very proud to be a Sacramento King and very honored,” Lieberman said in a phone interview.

The Kings were expected to make a formal announcement later Friday.

The 57-year-old Lieberman joins George Karl’s staff in the state capital just shy of a year after Hammon was hired by the Spurs, making her the first full-time paid female NBA assistant coach.

She brings a decorated resume to the Kings and Northern California. Lieberman is a two-time Olympian, three-time All American, two-time national champion in college for Old Dominion.

When Hammon was hired last summer, Lieberman offered her support and also congratulations to the league.

Lieberman was one of the original players in the WNBA, coming out of retirement in 1997 at age 39 and getting drafted by the Phoenix Mercury for the league’s inaugural season. She would become the WNBA’s oldest player, then later broke her own mark on July 24, 2008, when she returned to play one game for the Shock at age 50.

Next post Tannehill confident, hopeful of a breakthrough in 2015