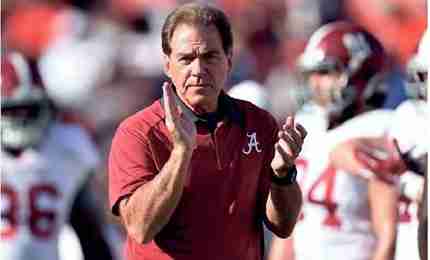 ATLANTA – The College Football Playoff is here to stay.

The national championship game is still trying to make its mark.

The 4-year-old title game remains a bit of an afterthought compared to the well-entrenched bowl system, from its lack of a catchy name to its scattered timing to its scaled-backed format.

“Every sport has its elements that fans might want to change or tweak or adjust,” said Burke Magnus, ESPN’s executive vice president from programming and scheduling. “College football may have a few of those as well.”

The four-team playoff began with the 2014 season, replacing a BCS system that matched the top two teams in a national championship game while leaving the bowls largely unchanged.

The four major bowls that are not semifinals each year essentially divvy up the best of the non-playoff teams, also creating some attractive matchups. And, of course, the remaining bowls – a staggering 33 in all this season – are still around to provide a smorgasbord of postseason games/television programming from mid-December to the first day of the new year.

By the time the national championship game rolls around – Monday night’s Alabama-Georgia matchup falls exactly a week after the semifinals, though the timing varies from year to year – it almost feels extraneous to the season.

“We see it as a threegame package,” he said. “The championship game becomes the iconic event.

It is the pot of gold at the end of the rainbow.”

This season’s semifinal games were highlighted by a thrilling Rose Bowl , in which Georgia rallied to beat Oklahoma 54-48 in a double overtime. The television ratings were huge, an average of 27 million viewers across ESPN and ESPN2 – a 39 percent increase over last year’s early semifinal.

The ratings dipped for the nightcap, Alabama’s methodical 24-6 victory Clemson in a rematch of the last two national championship games, but the 21.1 million viewers were still a 10 percent increase over the previous year’s semifinal.

second The national championship game will surely surpass the Sugar Bowl ratings, but it may have a hard time matching those Rose Bowl numbers – especially given the all-Southeastern Conference title game.

“The semifinals are obviously important,” SEC Commissioner Greg Sankey said. “This year, you had two traditional games on New Year’s Day that I think magnified it.”

But, he quickly added, “I don’t look at this game as taking a back seat to anything.”

The TV ratings highlight some of the challenges facing the championship game.

New Year’s Day remains the capper to the season for many college football fans. Most of them have the day off from work and it’s simply ingrained in the culture to cap off the holiday season by plopping in front of the television to take in games that stretch from morning to midnight. The Rose Bowl, which traditionally kicks off late afternoon Eastern time, is almost guaranteed huge ratings.

“The Rose Bowl has the best television window in sports,” Magnus said. “Ever. Period. Not college football. Sports.”

The national championship game is a primetime affair, which provides a ratings boost, but there are plenty of other viewing options on a Monday night. And since many people have to work the next morning, the lack of a competitive game can be a real drain on the numbers.

The format of the national championship game also gives off a vibe that this game isn’t as important as the bowls, which are played while schools are on their holiday breaks. Teams often spend up to a week at the bowl sites, meeting incessantly with the media and taking part in a wide range of promotional and charity events.

But, with classes resuming at the start of the new year, the national championship game is merely a long weekend . The teams arrive on Friday, hold one big session with the media on Saturday, get in their last practice, and then turn their attention to the game. Organizers have attempted to spice things up for the fans.

In Atlanta, a series of concerts was held throughout the weekend at Centennial Olympic Park, though frigid weather put a damper on things. Borrowing a page from the Super Bowl, breakout star Kendrick Lamar is set to perform as part of the title game’s first-ever halftime performance.

Still, the College Football Playoff is up against some of the same issues as the Final Four in men’s basketball.

For hoops fans, there’s nothing like the Saturday semifinals, with back-to-back games a mere half-hour apart, matching the four best teams in the land.

The national championship game, played two nights later in the same venue, often comes across as a letdown.

That’s even more of an issue for college football. Over its first four years, the championship game has been held anywhere from week to 11 days after the semifinals, a gap will continue to vary from year to year depending on how the calendar shakes out. Organizers are still tinkering with the format.

In 2019, for instance, the Peach and Fiesta semifinal games are set to be played on Saturday, Dec. 28. The championship game will be held on Jan. 13 _ a whopping 15 days later.

Hancock believes time will settle many of the issues facing the championship game.

“This’ll be the 80th year of the Final Four. It’s the fourth CFP,” he said. “I’m really proud of the position where we are.”