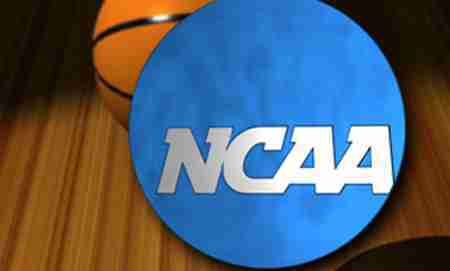 All of it became official Monday when the NCAA’s Playing Rules Oversight Panel approved a series of changes that everybody hopes will improve the game. It’s hardly a surprise after the men’s and women’s rules committees made separate sweeping recommendations in May.

The men’s committee had spent months debating how to increase scoring and speed up play, especially late when flurries of fouls and timeouts made games seemingly drag on endlessly and needlessly.

The most notable change will be trimming the shot clock to 30 seconds, the first modification since it was cut from 45 seconds to 35 for the 1993-94 season.

The panel also approved cutting the number of timeouts each team can use in the second half from four to three and eliminating some of the extra stoppages by using any timeout called within 30 seconds of a media timeout as the scheduled break. Committee members are hoping that will eliminate the occasional double timeouts that occur when there is no natural break around the 16-, 12-, 8- and 4-minute marks.

The move came as a result of data showing a drop of approximately five points per game last season and concerns over the length of games.

Now, everybody must adjust to all of the new rules.

Coaches will no longer be allowed to call timeouts during live ball situations and with only a few exceptions, teams will get just 10 total seconds to advance the ball past half-court instead of resetting the clock if there was a stoppage.

Teams also will have 15 seconds, instead of 20, to make a substitution when a player fouls out and officials will be instructed to start play more quickly following timeouts. If a team does not comply, it will be given a warning. Each additional offense will result in a one-shot technical foul.

The arc underneath the basket will be extended out another foot, from 3 feet to 4 feet, after data showed it reduced the number of collisions.

Other changes the men’s game include allowing refs to use replay reviews for potential shot clock violations on made baskets throughout the entire game and to penalize players for faking fouls, making Class B technical fouls such as hanging on the rim and delay of game one-shot infractions instead of two, removing the prohibition on dunking during warmups, eliminating the five-second rule when a player is dribbling and experimenting with a sixth foul during next season’s lower-tier postseason tourneys such as the NIT.

In the women’s game, the quarters format will prompt additional changes.

Under the new format, a team would receive a two-shot bonus after their opponent commits five team fouls in each quarter. The number of team fouls would only carry over if a game goes into overtime.

Media timeouts in televised games would be limited to one per quarter and will take place at the first dead ball after the 5-minute mark. If a team calls a timeout before the 5-minute mark, it would count as the media stoppage. Teams also will be allowed to inbound the ball from the front if a timeout is called following a basket, a rebound or a change of possession in the final minute of the fourth quarter and all overtime periods.

Other changes include allowing defenders to use hand-checks with a forearm or open hand with a bended elbow and allowing bands and amplified music to be used during all dead-ball situations instead of just timeouts and halftime.

The rules panel will consider some modified proposals for the women’s game during its next meeting June 24.