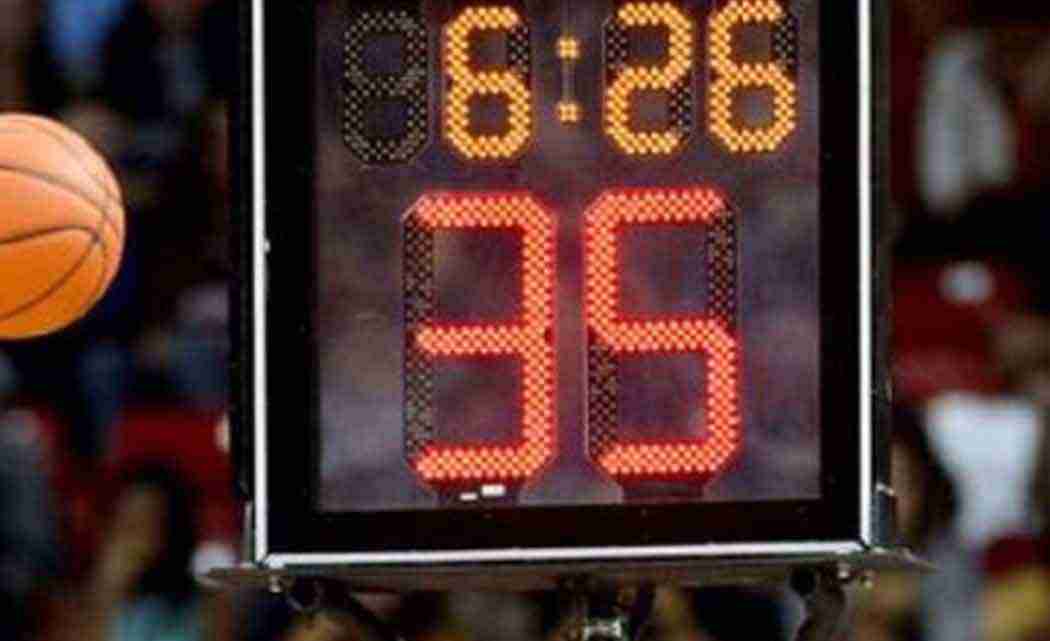 “You did it our way, too,” he told his players in the locker room. “They got like six touchdowns. They got like 43 points. I know some other people probably don’t think that’s pretty. Pretty is knowing who you are and knowing who they are and getting it done.”

Those “other people” include many college basketball analysts and coaches who yearn for the pace of play to speed up.

Eventually, the movement for more possessions and more points led to the NCAA Men’s Basketball Rules Committee’s decision last week to recommend a reduction of the shot clock from 35 seconds to 30.

According to basketball statistician Ken Pomeroy, Wyoming ranked 343rd in adjusted tempo (possessions per 40 minutes) among 351 NCAA Division I teams in 2014-15.

But could the rule _ which awaits approval by the NCAA Playing Rules Oversight Committee on June 8 _ actually help methodical teams like UW?

“Absolutely. You only have to play defense for 30 seconds rather than 35,” Old Dominion coach Jeff Jones said. “I think, in some ways, this could favor a strong defensive team.”

The results were mixed.

Possessions per game increased by 1.02, while offensive efficiency improved by 0.6 points per 100 possessions. Not an overwhelming difference.

“There were a few more possessions, probably a few poorer shots and maybe 0.5 shots more made,” Shyatt told the Casper Star-Tribune (http://bit.ly/1LwyZKV).

Wyoming thrives on forcing poor shots, and with a young team set to include at least 11 underclassmen, it will especially want any possible advantage.

The reasoning behind the shorter shot clock is exactly as it seems: quicker shots means more shots, which should amount to more points. Right?

“I think that just shortening a shot clock, obviously we’ll have more possessions in a game, but I don’t know if the quality of those possessions will be any better or worse,” said Tennessee-Martin coach Heath Schroyer, whose team ranked 301st in adjusted tempo and played four games in the CIT.

Schroyer, who coached Wyoming before Shyatt, is under the impression that the committee’s several other recommendations _ namely a renewed emphasis on reducing physicality _ will produce the desired effect of higher scores.

“To be honest with you, I think the unfortunate aspect of the press release from the rules committee is that so many people are focusing on the reduction of the shot clock when that’s only a small piece and really not a particularly impactful piece of what the committee has proposed,” Jones said.” They’ve done a great job of looking at things that will have a significant impact. I think most significant will be the emphasis on allowing greater freedom of movement. The shot clock itself doesn’t impact the game that much.”

Most commonly, after made baskets and free throws, teams applied soft, three-quarter-court pressure and transitioned into a zone defense. The object is primarily to take time off the shot clock, not to force turnovers.

Shyatt describes them as “presses that make you go east and west rather than north and south to kill eight, nine extra ticks.”

“I think the biggest difference was against zone defense, just taking less time to get into zone offense,” Schroyer said. “… And any type of full-court pressure that you break, you have five less seconds to get into your half-court offense.”

The converse of winning a conference tournament championship game 45-43 is that Wyoming only scored 45 points.

Steady, unhurried teams often take pleasure in breaking an opponent’s will by frequently scoring in the waning seconds of the shot clock, essentially wasting 30-plus seconds of defense.

So did Northern Iowa, which ranked 348th in tempo and ended Wyoming’s NCAA Tournament run.

The question now is, can those teams still operate efficiently and deliberately with five less seconds allotted per possession?

“We’re going to go back and look at a lot of our offensive possessions during league play and find out how many were reduced with eight or less seconds on the clock,” Shyatt said, “and then, was that the other guys’ good defense or was that our lack of good offense. I think that’s the first place to start.”

For another low-tempo team like Air Force, which runs a variation of the Princeton offense, those five seconds could prove more costly. That particular offense is predicated on getting open shots by running repetitive movements and eventually losing defenders.

But across the board, the new shot clock _ reduced for the first time since it was trimmed from 45 seconds to 35 in 1993-94 _ won’t have a drastic impact.

Sure, it might help Wyoming marginally on the defensive end, but the real influence will come from the reduction of timeouts and the curbing of physicality.

“If the committee had simply changed the shot clock, it would actually slow the game down. It would not have necessarily had increased scoring,” Jones said. “When looking at the big picture, I thought that the rules committee did a nice job. The shot clock is reduced, but the freedom of movement and fewer stoppages in play should be a step in the right direction.”