No guarantees Spieth will ever get another chance 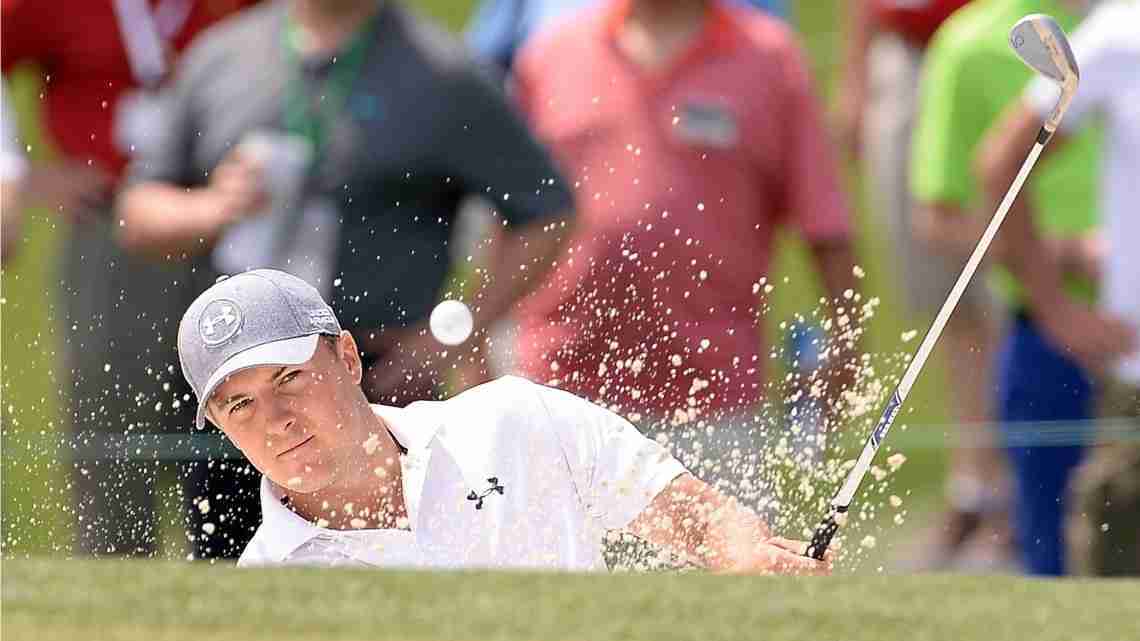 ST. ANDREWS, Scotland (AP) _ The odds of a Grand Slam already were long simply because no one had ever swept the four professional majors in one year. If that’s the best measure, this sobering piece of history might make Jordan Spieth feel even worse.

No one ever got another chance.

Dating to 1960, when Arnold Palmer hatched the modern version of the Grand Slam on his way to St. Andrews, no one came closer to the third leg than Spieth. He was tied for the lead with two holes to play. Two pars would have been enough for a playoff. A par and a birdie would have sent golf into hysteria.

Instead, he missed a par putt on the low side at the 17th, and hit his drive so far left on the closing hole of the Old Course that Spieth was between clubs and had an awkward angle to a front left pin tucked just above the ridge that leads to the Valley of Sin.

The bogey-par finish left him one-shot out of a three-man playoff. He was reduced to the role _ and a classy one at that _ of spectator on the steps of the Royal & Ancient clubhouse as Zach Johnson won a three-man playoff to join a select group of names on the claret jug.

Kel Nagle, Lee Trevino and Ernie Els were the other three players who ended the quest for a Grand Slam. All of them are in the World Golf Hall of Fame. It’s no longer a stretch to think Johnson might join them one day. In an era where it’s hard to win anywhere on the PGA Tour, and when there is such a premium on power, the 39-year-old Johnson has 12 wins and two majors in his 12 years on tour. It’s hard to dismiss those numbers.

“It’s a tough feeling being that close in a major. It doesn’t matter the historical element of it,” Spieth said. “I believe I’ll have plenty of opportunities like I did today.”

If he’s talking about winning another major, don’t bet against him. Las Vegas already has installed him as the favorite at the PGA Championship.

The Grand Slam is another matter.

Palmer was 30 when he first tried for the Grand Slam. He thought he might get another crack at it when he won the Masters in 1962 and was tied for the lead going into the final round of the U.S. Open at Oakmont. Nicklaus, a 22-year-old tour rookie, shot 69 in the final round and then beat the King in a playoff the next day. Palmer won one more Masters in 1964 and was one shot out of the lead in the U.S. Open that year until fading on the final day at Congressional.

Nicklaus was 32 when he closed with a 66 in the final round at Muirfield while going for the Grand Slam in 1972. He thought it might be good enough until Trevino chipped in for par on the 17th hole and made par up the 18th for a one-shot victory. Nicklaus won the Masters again in 1975, but in the U.S. Open at Medinah, he shot 72 in the final round and wound up two shots out of a playoff.

Most surprising was Woods based solely on his level of dominance.

Woods was 26 when he took himself out of the Grand Slam in 2002 with an 81 in the third round. He was back on top of his game in 2005 when he won the Masters, and he looked like the player to beat in the U.S. Open at Pinehurst No. 2 until Michael Campbell stood his ground and won by two. Woods was the runner-up. Woods won five more majors, though never a Masters.

He at least has youth on his side, though that only goes so far.

Spieth dominated Augusta National with a wire-to-wire victory. But the U.S. Open required some help. Dustin Johnson missed a half-dozen putts inside 10 feet on the back nine, including a three-putt par from 12 feet on the final hole at Chambers Bay that cost him a spot in the playoff. At the British Open, he had to contend with the likes of Jason Day, Louis Oosthuizen and Zach Johnson.

Yes, he has closed out his share of tournaments.

“This just wasn’t one of those,” he said. “It’s hard to do that every single time.”

Woods said after winning the 1997 Masters that the Grand Slam was a matter of winning the right four weeks of the year. By the end of that year, when he didn’t win another major, he said it was difficult just to contend in four majors a year.

Having done it once, Spieth will be on the short list of players who are asked about a Grand Slam after winning the first one.

In the meantime, there is much history he can chase, even if it isn’t the holy grail. Ben Hogan (1953) and Woods (2000) are the only players to have captured three majors in one year. No one has ever won all three American-based majors, and Spieth will get that chance next month in the PGA Championship.

And if that doesn’t work out?

Spieth already has $9.17 million, and with a World Championship, one more major and four lucrative FedEx Cup playoff events, Spieth is within reach of becoming the first $11 million winner in golf. He turns 22 next week and Monday crossed the $17 million mark in career earnings.

End of the slam. Just not the end of the road.