Olympics should transform mankind and Obama should lead 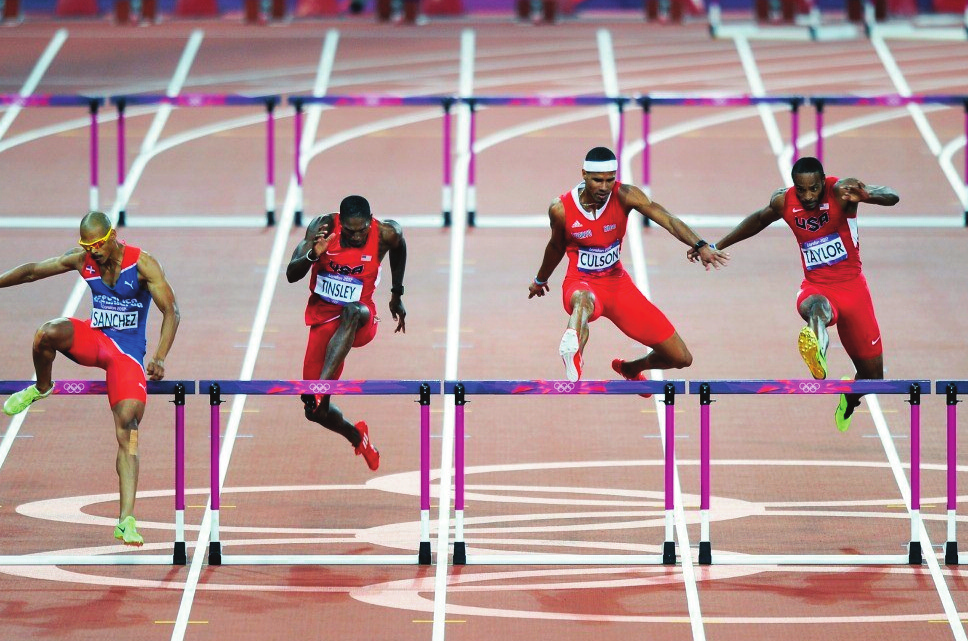 I am constantly reminded that I must have a higher purpose than to just exist.Yet,I still need to periodically push the restart button.

Over this past week, the 2016 Olympic Summer Games offered me a great example of how human beings use their bodies and minds to achieve unthinkable goals, sometimes against incalculable odds; and all toward a higher purpose.

Many of the athletes spoke of how winning medals is only a part of their zeal. Some have bought into a higher purpose.Interestingly, one of the lofty goals of the Olympic Committee is to endeavor to place sport at the service of humanity and thereby to promote peace.

But it’s only every four years that we get to watch these super humans from around the world perform on level playing fields that decry differences in race, culture, class, color, or country of origin. I yearn for more of that demonstration.

I watched the Olympic Opening ceremony with one of my grandsons. I was overjoyed to see the parade of nations. I tried to make the event feel like a great big party for him; I applauded every delegation and exclaimed at every costume.

I didn’t think he was paying close attention,but he asked the next day if he could watch it again. Unfortunately, we did not tape the ceremony, but I didn’t want to lose a teaching moment.We pulled out his globe and found many of the countries which were participating in the games.He was impressed by the smallness of some of the nations, and especially impressed with the size of Brazil.

Despite his youth of just seven years, he asked,“Grand mommy, how can only four people participate?”

He recognized the equity offered by the event when we compared the various sizes of the countries’ territory to the size of the competing teams,especially after he observed the Team USA with more than 500 members.

I tried to get him to understand that it was symbolically important for as many nations as possible to just show up; to be an equal amongst equals, and to contribute to this world-wide event.

And that brings me to the question: what if every nation would invest as much time,energy, and money toward developing super humans in areas of science, math, art, technology, engineering, reading, meditation and spiritual growth (not expansion of religion),and geo-political platforms in support of world peace and non-aggression?

Once upon a time,over seventy years ago, a similar charge was given to the United Nations and its subsequent affiliated Councils. But over that period of time, these entities have suffered from a dimmed and diminished focus,or have become so mired in the shifting politics of nations jockeying for world domination, they may have outlived their usefulness.The UN spends nearly $14 billion dollars every year to maintain its existence.

But I’m not suggesting that the International Olympics Committee (IOC) expand its mission to become the resting place for this idea. For decades, The IOC has been bogged down in controversy, corruption and manipulation,and it needs to be completely revamped. Theirs’ is a nearly $6 billion annual operation-all private dollars.

We need a fresh approach; with participation from lauded statesmen and women, recognized and accepted international political thought leaders, vetted innovators of global peace initiatives,artists and cultural icons, scientists, and yes, super athletes and others who understand, firsthand, what the gold standard really means and what it takes to reach it.

I’m excited about the possibilities of having a world-wide Olympics: awarding competition for developing more evolved humans. I wonder what that would look like.

I have the perfect candidate: Barack Obama.

Obama is young enough, and he has the credibility, standing, global recognition and popularity to be able to pull all the forces together to begin this movement. Who else could organize and lead the next world staged phenomena toward sustained, equitable, world-wide development?

Let’s take a quick look at his global leadership record so far, to name only a few: he has been elected to lead the most powerful nation in the world for eight years ($4 trillion dollar budget);he is,by birthright, a member of several disparate continentsAfrica and North America, and has lived, for a short stint, in Indonesia; he is a legal scholar, prepared to handle sticky global issues; he is a self-proclaimed feminist who can be trusted to make more even the worldwide playing fields for women; he has thoughtfully approached criminal justice and prison reform and other international humanitarian issues; he has promoted the study and resolution to global warming,; and,he has a great jump shot on the basketball court – he is an athlete! There is so much more on his resume – too lengthy to list here.

Obama it is! Besides, he has already been given the Nobel Peace Prize in anticipation of doing just that.