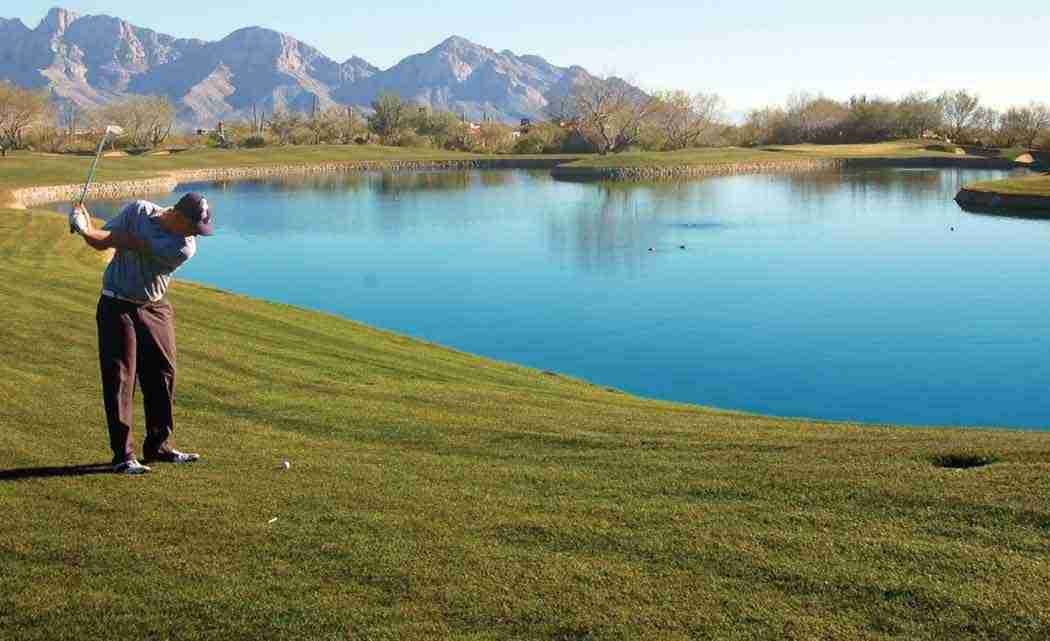 PHOENIX — Government statistics show that golf courses in and around Phoenix consume more water than any other place in the country.

Maricopa County golf courses averaged more than 80 million gallons daily for irrigation, according to a 2010 U.S. Geological Survey report. That is more than double second-ranked Riverside County, which includes Palm Springs, California. The report is compiled every five years.

Ed Gowan, the Arizona Golf Association executive director, believes every golf course would use reclaimed water if the infrastructure was available.

“That’s probably the biggest issue facing golf course water use over the next 10 or 20 years,” Gowan said.

Reclaimed water contains nutrients that can filter into the soil and benefit golf courses, he added. But it costs money, which is being spent on other infrastructure.

Many parts of the country simply don’t have enough water right now. Across the country, 112 million people are now affected by drought, according to federal calculations. And in a recent survey by the U.S. Government Accountability Office, 40 of 50 state water managers said they anticipate supply shortages in at least part of their states over the next decade.

Golf courses, which bring in $3.4 billion annually in Arizona, first came up with conservation strategies under the 1980 Groundwater Management Act.

Within the Phoenix area, which consists of Maricopa and two other counties, golf courses are limited in how much water they get for turf, water features and low-water use plantings. A course typically gets only 4.9 acre-feet per acre each year, said Jeff Tannler, the Department of Water Resources’ active management area director.

The department’s preliminary data indicates golf courses in the Phoenix management area used 98,000 acre-feet of water in 2014. Every course used a combination of effluent, or treated water, along with surface water and groundwater.

Department of Water Resources spokeswoman Michelle Moreno said reclaimed water use is just a fraction of Arizona’s total water use.

Investing in infrastructure such as pipes to deliver reclaimed water is often hampered by money and location. Tannler said parties have to be willing to pay for reclaimed water that can sometimes be costlier than potable water.

In 2014, the Department of Water Resources projected a supply gap between 900,000 and 3.2 million acre-feet over the next 25 to 100 years, if the state fails to manage water in the face of a growing population. If reclaimed water was fully maximized, the state could cut that supply gap in half, the report stated.

“Reuse really needs to be something that we think about and talk about. I think there’s a lot of hope that it’ll get cheaper to reuse water and that there’ll be many more ways we can reuse it in the future,” said Sarah Porter, director of the Kyl Center for Water Policy at Arizona State University’s Morrison Institute for Public Policy. “It’s more than just golf courses.”