Pierce opts out of contract with Wizards 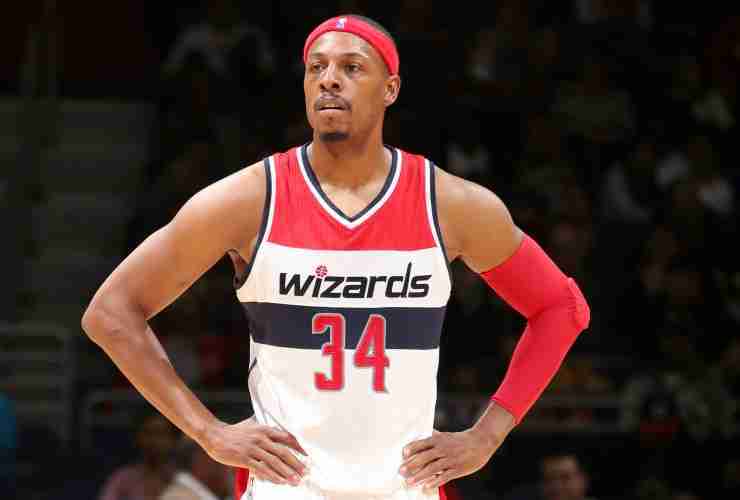 WASHINGTON (AP) _ Wizards forward Paul Pierce is opting out of the final year of his contract and will become a free agent Wednesday.

Pierce signed a two-year deal with Washington last summer that included a reported $5.5 million player option for the 2015-16 season.

Pierce told The Player’s Tribune website of his decision, and the Wizards confirmed his move Saturday.

The Wizards reached the Eastern Conference semifinals in Pierce’s first season with the team. Washington went 46-36, the franchise’s most victories since 1978-79, then swept the Toronto Raptors in the first round of the playoffs before losing to the Atlanta Hawks in six games.

Pierce averaged 11.9 points and 4.0 rebounds in 73 starts during the regular season.

Next post Report: Michigan, Pipkins in disagreement over health