Plenty of changes could come to the NBA, and quickly 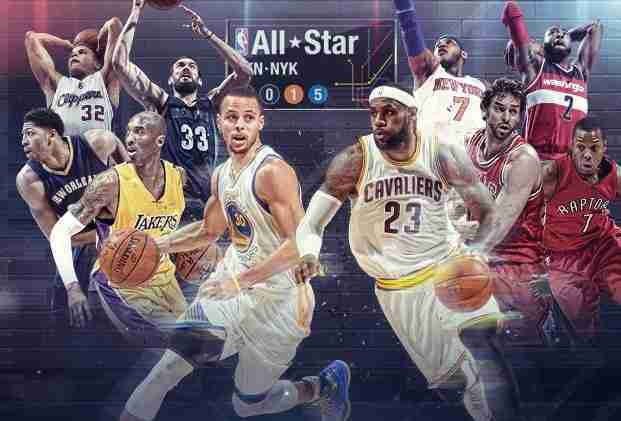 Stephen Curry and the Golden State Warriors will get their championship rings. LeBron James will try yet again to end Cleveland’s epic title drought. And barring a most unlikely change of heart, Kobe Bryant’s illustrious NBA career will end.

That’s just a smidge of what awaits next season.

So much more is TBA, though hints will soon start coming.

And once again, the NBA offseason won’t be NBA down time.

Tim Duncan hasn’t said if he’ll retire or return to San Antonio, LaMarcus Aldridge and DeAndre Jordan hit the open market, Kevin Love’s future is still unclear despite his saying that he’ll stay with the Cavaliers, Dwyane Wade might be leaving Miami and Rajon Rondo surely will be moving on from Dallas.

Plus, before free agency officially starts on July 1, an intriguing draft awaits next week with Minnesota holding the No. 1 pick.

“I haven’t thought about next season,” James said early Wednesday after Golden State topped the Cavs in the NBA Finals clincher. “At all.”

He won’t be able to say that in a day or two, tops. It doesn’t take long for the league to shift from Finals to frantic, and the NBA could have a very different look about a month from now.

Here’s a look at some of the story lines worth watching over the next few weeks:

Every indication is that the Warriors could come back relatively intact to defend their title.

Draymond Green, he who only had a triple-double in the title clincher, will get attention from other teams but the Warriors have the right to match any offers that he takes seriously. And the way Green was sounding in the championship celebration, he’s got no plans at this point to seek employment elsewhere.

The Warriors aren’t anywhere near being an “old” team yet, might be able to free up some cap space in trades and have an absolute baby-faced assassin and league MVP in Curry.

James can (and probably will) opt out of his contract. But it would be with different goals in mind than finding a new home; rather, he and his braintrust will try to find creative ways to both maximize money and the Cavs’ potential for winning.

Tristan Thompson’s contract talks will be interesting, and it’s likely Cleveland will need to give him a max deal or close to it to keep him. So then it’s all eyes on Love, who says he wants to stay. But questions exist about Love wanting to play in Los Angeles at some point, and if this is Bryant’s swan song then the Lakers would want to load up as much as they can for his final season.

Love’s shoulder injury and recovery add another thorn to his future as to whether other teams will take the risk.

Though it seems coach David Blatt will be back, a potentially wild summer awaits in Cleveland.

Jordan leaves the Clippers and somehow ends up in Atlanta. Aldridge heads to Dallas and becomes the heir apparent to Dirk Nowitzki as the Mavericks’ go-to guy. Rondo goes to the Lakers, joining a rare club alongside the likes of Don Nelson, Rick Fox and Gary Payton to play for both them and the Celtics.

It could all happen.

While the draft will generate plenty of attention, remember that of the 60 guys selected last year only 11 played in this season’s playoffs _ and of those, only one (Houston’s Clint Capela) made more than 10 appearances in this postseason. And just four rookies finished this season averaging more than 10 points a game.

In short, the draft usually isn’t where teams get real good real fast. That can happen in free agency.

Jordan, Aldridge, Wade and Rondo will be in plenty of headlines July 1, assuming Wade opts out of the second year of his Miami deal as many expect. Tyson Chandler will be on the market, alongside quite possibly Brook Lopez and Roy Hibbert. Danny Green might leave San Antonio. Paul Pierce might play one more year, and it’s been whispered for months that the Los Angeles-area native could reunite with Doc Rivers and try to push the Clippers toward a title.

POTENTIAL MOVERS AND SHAKERS THIS SUMMER

Boston: Players around the league are enthralled with coach Brad Stevens, and the Celtics have dollars to spend.

Chicago: The Jimmy Butler situation will be interesting. If the Bulls lose him, they will have to make a huge reactive move.

Detroit: Stan Van Gundy made one of the boldest moves of the year when he waived Josh Smith. He’ll have the Pistons closer to the playoffs in his second season running the ship in Auburn Hills.

Milwaukee: Another team growing in a rapidly improving Eastern Conference. Young and with financial flexibility.

New Orleans: New coach in Alvin Gentry, best young big man in the game in Anthony Davis. It could be his league soon.

San Antonio: Don’t sleep on the Spurs. They’re not done. There are no shortage of players who would want to play for Gregg Popovich and a gold-standard franchise.

Utah: One of the best young cores in the NBA, a certain team on the rise out West, and Quin Snyder may be a coaching star in the making.