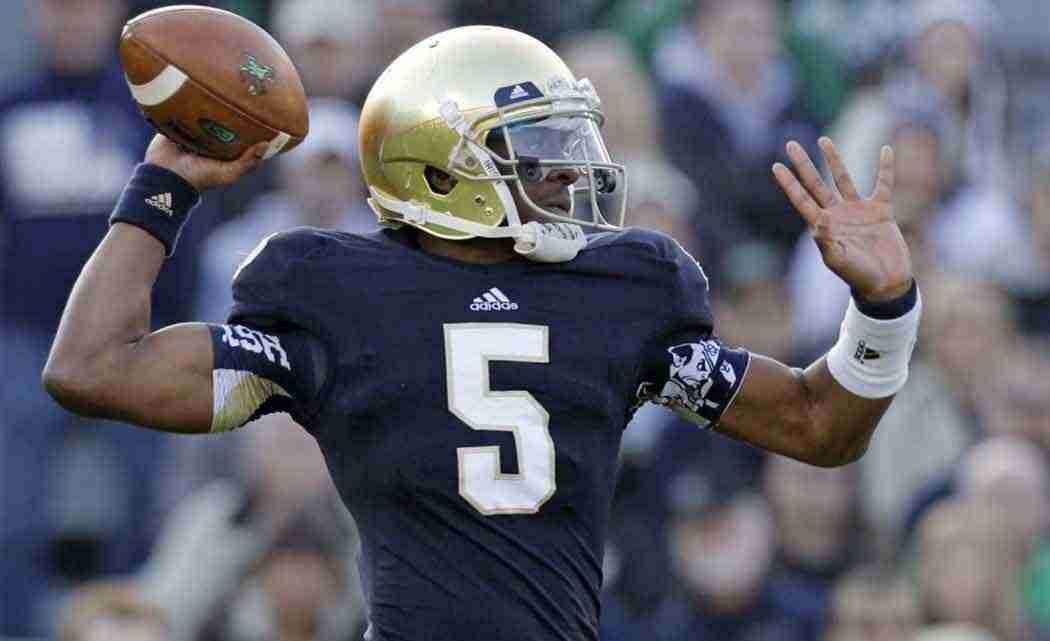 The former two-year starter for Notre Dame is transferring to the Seminoles for his final season.

Fisher insisted he was comfortable with the mostly inexperienced quarterbacks on Florida State’s roster coming out of spring practice, but the opportunity to bring in a player who had performed on big stages and helped his team reach the national championship game was just too good to pass up.

“Has great arm talent, has great feet, has been a winner,” Fisher said of Golson. “You have that guy, then once you meet him and have the personality he does, the background in ball he does and knowledge. I think that only enhances your team and your chances for the other players in your organization to win. It makes too much sense to not bring him on board.”

Golson will have to beat out Sean Maguire, a junior who started one game as Jameis Winston’s backup last season and was the No. 1 quarterback for Florida State coming out of spring practice.

Fisher said he is not worried about the competition being potentially divisive to his team.

“Controversy and competition is two different things. It’s competition,” he said. “And players on the team, when a guy is a competitor and he does well _ whether it’s Sean, it’s Everett, it’s De’Andre (Johnson), it’s J.J. (Consentino), it’s Deondre Francois _ whoever is on our team, they’ll follow the guys who play the best, respond the best and lead them the best.”

For the past few seasons, there has been little doubt about who would be playing quarterback for the Seminoles heading into preseason practice.

Winston seized the job in the spring of 2013, though Fisher waited until preseason to name him the starter. Winston went on to win the Heisman Trophy was a redshirt freshman and led Florida State to a 26-1 record in two seasons as a starter before being the No. 1 pick in April’s NFL draft.

“It’s definitely different because as we progress and go along the season as a team we’ll find out who emerges into a leader. And who’s personality emerges,” star defensive Jalen Ramsey said. “The past two years we’ve basically known who the leader was going to be before the season.”

Winston was charismatic and outgoing, a player who was able to assert himself before he had ever even played.

Golson is not as forceful a leader. Fisher said that should not hold Golson back.

“What he has to be is be himself to do well and get the respect of the players by his work ethic, his demeanor and how he plays on the field,” Fisher said. “And people will follow those guys.”

Fisher said he spoke to Maguire while he was going through the process of recruiting Golson to assure him that he would have a chance to win the job.

“I just wanted to be honest with him up front and explain to him my thought process as the head coach,” Fisher said. “I’m open with all of our players like that. There’s never going to be anything I’m doing behind your back.

“He took it very well. He asked, is it really an open competition? I said yes it is. He knows I’ve never lied to him or any of our players.”

Florida State All-America kicker Robert Aguayo said Maguire is up for the task.

“I am good friends with Sean and I know Sean is a competitor,” Aguayo said. “It’s just going to build competition because they’re all going to try to get that No. 1 job. You know Everett Golson’s good, but he’s going to have to come here and earn it. Like anywhere.”

Next post Firefighters use listening device to find, rescue puppy