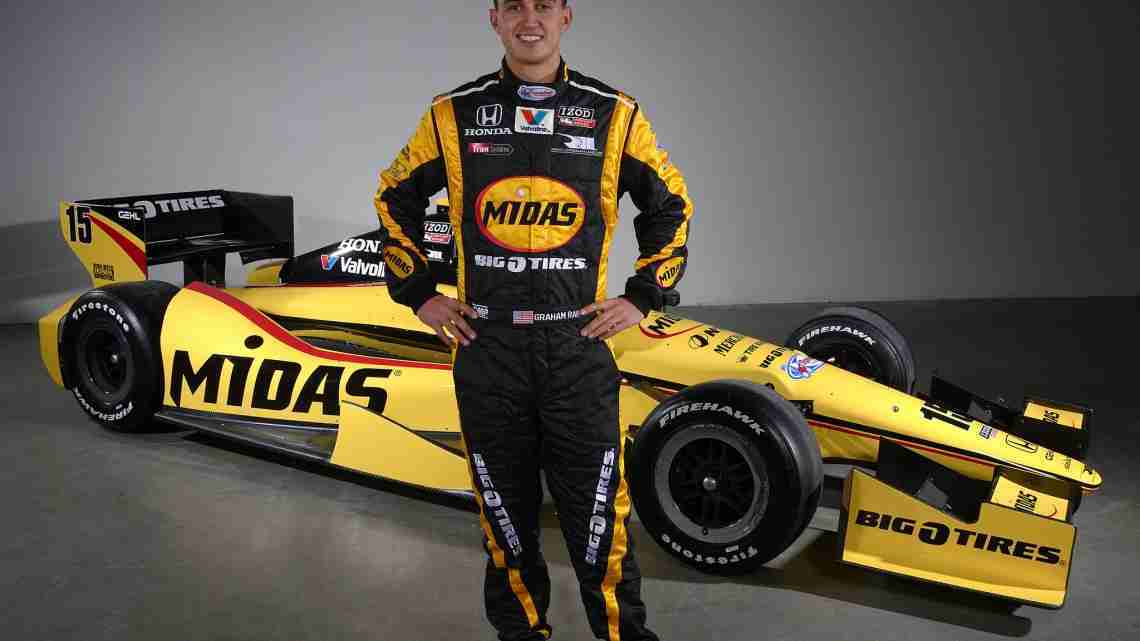 FONTANA, Calif. (AP) _ Graham Rahal avoided a penalty despite driving out of pit road with part of his fueling mechanism attached and held on through a wild finish for his second career IndyCar victory.

Any other day, that would have been the big news.

After a frenetic day of racing that culminated with Ryan Briscoe hurtling through the air at the finish, all the drivers wanted to talk about was surviving.

Rahal ended a 125-race winless streak by taking the checkers at Auto Club Speedway on Saturday, but there was more criticism of IndyCar than praise for the third-generation driver after a white-knuckle day of pack racing around the 2-mile oval.

“We shouldn’t be racing like this,” reigning Indianapolis 500 champion and points leader Juan Pablo Montoya said. “This is full pack racing and sooner or later somebody is going to get hurt. We don’t need to be doing this.”

IndyCar mandated changes on aero kits for the 500-mile Fontana race, exerting more downforce on the cars in hopes of combating high temperatures that were expected to turn Auto Club Speedway slick.

Montoya was among the most vocal opponents to the extra downforce, saying it would lead to the type of pack racing that is entertaining for fans, but dangerous to the drivers.

IndyCar drivers have lamented pack racing since two-time Indianapolis 500 champion Dan Wheldon was killed during the high-speed season finale at Las Vegas in 2011, saying it leaves little margin for error at extra-high speeds.

IndyCar has tried to walk a fine line at its big ovals, wanting to produce exciting races with lots of passing while keeping the drivers safe.

After three cars went airborne in preparation for the Indianapolis 500, IndyCar made a series of rule changes designed to keep the cars on the track.

It worked for the Indy 500, and for the oval race at Texas. But the race at Texas was caution-free and lacked the excitement that fans look for during oval races.

Most of drivers Saturday believed the series crossed the line at Fontana, particularly after a day bumping, banging and driving up to five wide at 200 mph was capped off by Briscoe going airborne after colliding with Ryan Hunter-Reay with two laps left.

Both drivers were OK after the wreck that sent Briscoe hurtling into the grass _ a little over a month after he replaced James Hinchcliffe following a near-fatal crash during Indy 500 practice.

“What are we doing? What ARE we doing?” said defending series champion Will Power, who was involved in a late-race crash. “You went in and told them it would be pack racing and that was a Vegas situation right there. I’m so happy that no one was really hurt. Someone’s got to take responsibility for how this day panned out. As exciting as it is, it’s insane because you can’t get away.”

The race was certainly entertaining from a fan’s perspective, with cars sling-shotting past each other at an average of 205 mph and racing up to five-wide.

The race eclipsed the season high for lead changes _ 37 at Indianapolis _ by the midpoint and had 80 overall, topping the IndyCar record of 73 set at Auto Club Speedway in 2001.

It also included 14 different leaders, the last one being Rahal, who started 19th and avoided penalty for a mid-race pit-road foul-up to win for the first time since his inaugural victory at St. Petersburg in 2008.

“That was nuts, but it was fun,” said Rahal, of Rahal Letterman Lannigan Racing.

It certainly was dicey.

Drivers began swapping spots from the drop of the green flag, sometimes going four-wide around the corners. Much of the action was up front, with 32 lead changes in the opening 100 laps.

Despite the chaos, the first caution didn’t come until the lap 136, when Helio Castroneves went into the wall after being squeezed between Power and Briscoe.

Castroneves, who entered the race fourth in points, led the most laps to that point (43), but was unable to return after the crew tried to fix his car.

“They just closed it up; Briscoe didn’t have to do that,” Castroneves said.

The chaos got worse after that.

Cars darted and dashed around each other at more than 200 mph, occasionally touching tires in what looked like video-game racing at times. The cars went five wide with less than 50 laps left and there were two rows of four-wide racing a few minutes after that.

Power took the lead after a caution with 30 laps left, but Briscoe went around him. Rahal managed to squeeze past Briscoe by inches just before Power and Takuma Sato came together with nine laps left, bringing out a red flag.

With Rahal trying to hold off challenges from several drivers, Briscoe came together with Hunter-Reay, sending his No. 5 car sailing through the air. The nose of Briscoe’s car came down hard in the grass and sent him spinning through the air before coming to a rest.

Briscoe gave everyone a sigh of relief when he flashed the thumbs up from the cockpit, but it didn’t quiet the debate after the race.

“It was exciting for you guys, that’s for sure, but it was crazy for us,” Kanaan said. “In the end, we all survived.”

Next post 4 rabid bats found this year in Cook County