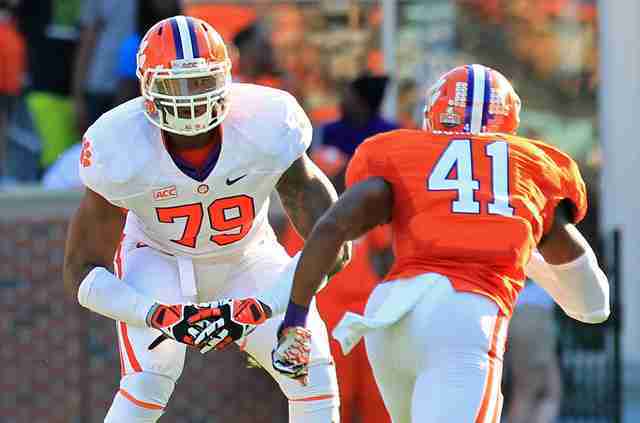 The Rams announced Thursday that they’ve selected the former Clemson player. Battle played in 27 games and started 15 during three seasons with the Tigers.

The 6-foot-6, 312-pounder emerged from spring as the starter at left tackle, but cited having a child due this summer in deciding to leave the school.

Rams general manager Les Snead says the team “felt it was an opportunity to get an earlier round value for a later round price.” Snead says Battle will practice during what would have been his senior season and go through the offseason program before starting out as a rookie.

The Rams will lose a fifth-round pick in the 2016 draft.

Previous post Lawsuit: Immigrants got $1 a day for work at private prison