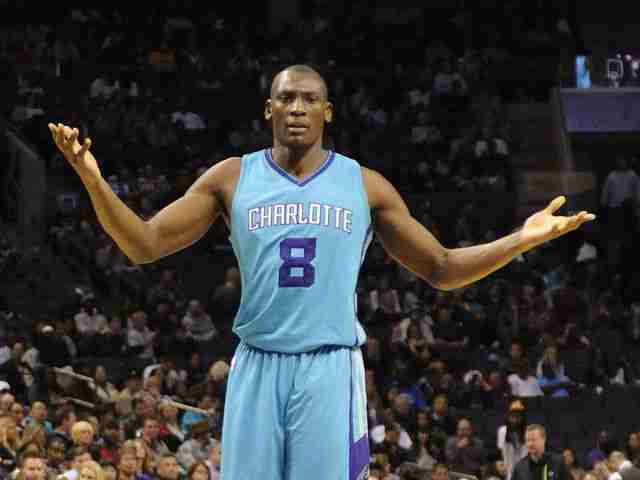 TORONTO (AP) _ The Toronto Raptors have signed Bismack Biyombo, a free agent who played last season with the Charlotte Hornets.

The Raptors did not disclose terms of the contract Saturday beyond saying it is for more than one year.

Biyombo is a center-forward who averaged 4.8 points, 6.4 rebounds and 1.5 blocks in 64 games last season with Charlotte. He ranked 17th in the NBA in blocks.

The 6-foot-9 Congolese is one of six African-born players now in the NBA. Biyombo was drafted seventh overall in 2011 by the Sacramento Kings.

Raptors president and general manager Masai Ujiri says Biyombo “brings athleticism and interior length to our team. He adds that Biyombo is an “exceptional rim protector and his physicality will be a great asset to us defensively.”