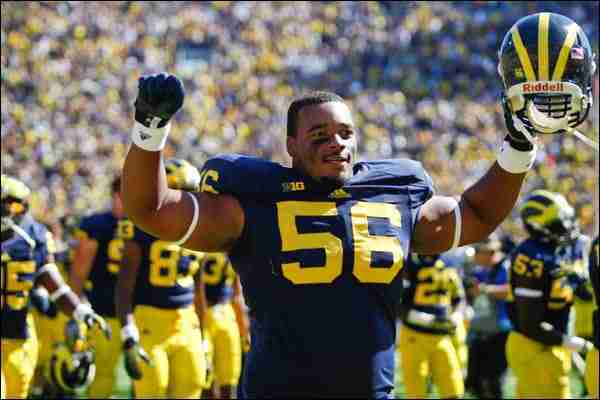 ANN ARBOR, Mich. (AP) _ Michigan defensive lineman Ondre Pipkins tells ESPN.com he plans to transfer, and he says the Wolverines’ staff asked him to sign a medical scholarship form that would have halted his career.

Pipkins says doctors initially said he has arthritis in his knee but should not be disqualified from competition. Pipkins says he was later sent by Michigan back to his knee surgeon, who then recommended he rest for six months.

Pipkins tells ESPN he feels he’s “healthy and ready to play” _ but Michigan coach Jim Harbaugh disagrees. In a statement to ESPN, Harbaugh says: “After consulting with our medical team, we do not think it is in Ondre’s best interest as it relates to his health and welfare to play football, short or long term.”