Rickie Fowler in the hunt again at Players Championship 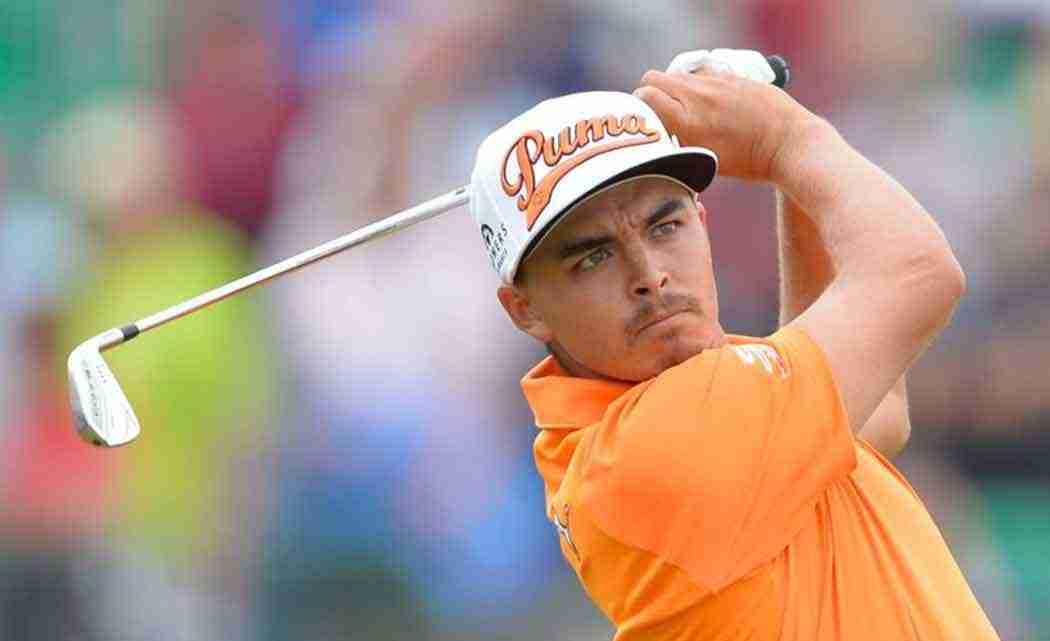 PONTE VEDRA BEACH, Fla. (AP) _ Rickie Fowler has been on both ends of the scoreboard at The Players Championship.

He was the runner-up in 2012 and an also-ran in four other appearances.

Those wide-ranging experiences at TPC Sawgrass have Fowler feeling a little confident but far from cocky heading into the weekend.

“I played very well here at times and I haven’t played well here at times,” Fowler said Friday after a 3-under 69 that moved him to 6 under and near the top of the leaderboard. “It’s a course where if you’re not on top of your game, it will show. But if you are playing well and ball striking is there, you can get after it a bit. This week, luckily I’m on the good side and I can get around and play this course well.

“You can’t really look past anything. Really, at any time you make a bad swing at the wrong time, you’re making bogey, double or maybe worse.”

“Well, anyone that’s playing the weekend has a chance,” Fowler said. “Someone can go out and shoot, 6-, 7-, or 8-under tomorrow and be right back in it. Unless someone really runs away with a good round that’s around the 6-, 7-, or 8-under guys. But, yeah, it’s really still anyone’s golf tournament. But someone that’s even or 1 under is going to have to string two really good days together.”

Tiger Woods put two decent rounds together and made the cut by sinking a 10-foot birdie putt on his final hole _ a moment rarely seen of late.

“I feel like I’m playing well enough to get myself up there,” Woods said. “I just need one good round and narrow up that gap between myself and the lead, and I feel like I can do that.”

In the afternoon, Rory McIlroy made it easy on himself _ by his standard at the TPC Sawgrass _ with a dull round of 71 that kept him in contention. Dull can be good on the Stadium Course that meted out its share of punishment.

And the island-green 17th was wild as ever.

What most everyone missed was the 48-year-old Kelly carving up the front nine with five birdies that carried him to a 7-under 65, giving him the low round this week and share of the lead with Na.

“I enjoy adrenaline,” Kelly said. “I am 48. I know it almost ravages the body as much as it helps it as you start getting older, but I would like to hang out for another couple of days and have some fun with it.”

Kelly and Na, who settled down after a wild start for a 69, where at 8-under 136. Both have some history on this golf course.

Na was the 54-hole lead at The Players three years ago until he faded under intense scrutiny of serious swing issues.

Kelly had a two-shot lead over Woods in 2001 going into a final round that took two days to complete because of storms. Woods went on to win, and two weeks later he completed his grand sweep of the majors at Augusta National.

Fourteen years later, Kelly and Woods are in different roles.

“I figured I would have another chance at this golf course,” Kelly said. “I didn’t think it would be that long, but it’s just strange. This whole career has gone by in the blink of an eye.”

Also headed home was Phil Mickelson, who shot 76 to miss the cut for the third straight year.

“I was thinking to myself as I was walking around, `I can’t believe I’ve actually won here,’ you know?” Mickelson said.

It’s been three years since Fowler had a legit shot at the Stadium Course.

He has a little extra motivation this time around. In a magazine survey of players, in which they didn’t have to give their names, Fowler and Ian Poulter tied with 24 percent of the vote for the most overrated on tour. Fowler has won twice worldwide and is No. 13 in the world, mainly on the strength of his four top-5 finishes in the majors last year.

“If there’s a time where I need something to kind of give me a kick in the butt, then I can think of that and it will put me in the right frame of mind to go out there and take care of business,” Fowler said.