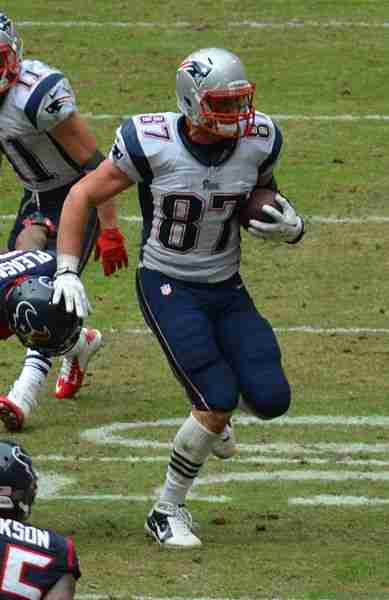 WFXT-TV reports (http://bit.ly/2fvHblx) the Patriots tight end personally delivered a football Monday to a 10-year-old girl from Pembroke, Massachusetts, named Katie who is suffering from ulcerative colitis and had surgery last Wednesday.

Video of the encounter shows Gronk dressed in what looks to be fleece Patriots pajamas joining with the smiling girl to give a “Let’s go Patriots” cheer.

Gronkowski has made several visits to patients at Boston Children’s since being drafted by New England in 2016.