Romo has no regrets over fantasy comments about NFL 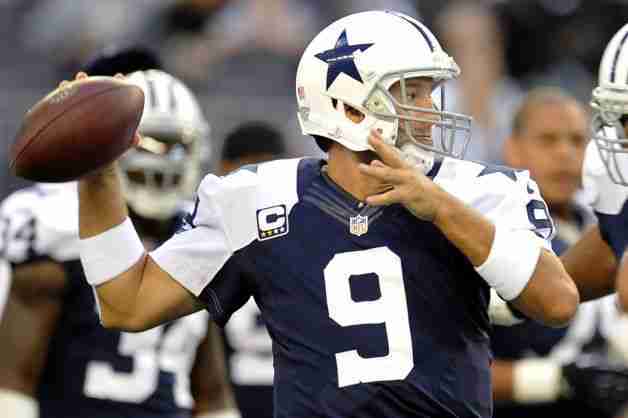 IRVING, Texas (AP) _ Tony Romo says he has no regrets about comments he has made about the NFL over a canceled fantasy football-themed event that he was going to headline.

But the Dallas Cowboys quarterback on Wednesday wouldn’t elaborate on what he said the day before in radio interviews.

The National Fantasy Football Convention event scheduled for next month in Las Vegas was canceled last week after the NFL reiterated a policy banning appearances associated with casinos.

During an interview with ESPN Radio on Tuesday, Romo indicated that it could be an issue about money, and that he is disappointed because the event was just trying to get fans to hang out with players.

Asked about his comments after the team’s latest offseason practice, Romo said he hasn’t changed his mind about what he said.