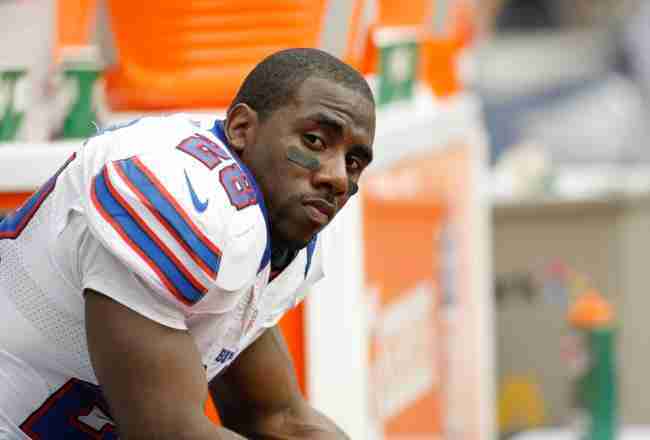 METAIRIE, La. (AP) _ New Orleans Saints running back C.J. Spiller spent much of his youth on baseball diamonds, where coaches sought to take advantage of his quick first step, range and sure hands by playing him at shortstop and center field.

“I kind of credit my pass-catching ability to going from catching a baseball to a football,” Spiller said during Saints minicamp this week.

“It’s a whole lot easier, so I take great pride in it. Any time I drop a ball, I’m very hard on myself because I know the work that I put in trying to make sure I catch every one.”

The offseason practices the Saints have held since acquiring Spiller in free agency have shown that coach Sean Payton is eager to see how he can take advantage of the former Buffalo Bills running back’s speed and good hands.

“One thing you can see with football players, you can see who probably did not play baseball,” Payton said, smiling as he referred to a recent practice drill in which he asked linemen to catch punts. “I kind of have a feeling that when C.J. was running track and field, playing baseball, basketball, he probably did all of those things real well. That’s my guess.”

Since Payton landed his first head coaching job in New Orleans in 2006, his high-powered offenses have usually featured at least one running back whose combination of speed, hands and elusiveness made them considerable receiving threats out of the backfield.

Reggie Bush was part of Payton’s Super Bowl champion squad in 2009. Darren Sproles was a central figure in the Saints’ 2011 offense that piled up an NFL-record 7,474 yards.

Spiller was well aware of Bush’s and Sproles’ success in New Orleans when he chose to leave Buffalo for the Big Easy.

“Obviously, I’ve kept a close eye on this offense, dating back to Reggie, being friends with him, and then obviously knowing Darren Sproles, watching him, so I know what type of offense it is,” Spiller said.

“Coach Payton’s track record speaks for itself. He uses guys with our type of skill set. So to me, it’s very friendly because you can be running the ball and then if you’re blessed enough to have great pass catching abilities they’re going to find ways to try to get you the ball in space.”

Payton indicated that he is experimenting with plays specifically with Spiller in mind.

“When you sign a player like that … you are anxious to see how it fits with what you are doing and you begin to expand some things,” Payton said.

Quarterback Drew Brees said he envisioned plenty of snaps for Spiller, not only because of his explosiveness, but also because at 5-foot-11, 200 pounds, he’s sturdy enough to run inside and even block in pass protection, as former Saints running back Pierre Thomas did.

“He’s got some of the quickness and the speed and kind of that slash element like a Sproles,” Brees said of Spiller. “But he’s bigger in stature like a Pierre, and so there’s really not anything he can’t do.”

Like Brees, right tackle Zach Strief was with the Saints when Bush and Sproles were part of the offense. As for Spiller, he said, “Having that kind of explosion in the backfield is really interesting.”

“Coach Payton is as good as anybody at putting guys in the best possible situation,” Strief said. “For C.J., that’ll be in space and in the open and I don’t know that we’ve ever had a pure game-breaker like C.J.”

Spiller, who starred at Clemson, had his best season in Buffalo in 2012, when he rushed for 1,244 yards, including a 62-yard run and six touchdowns, to go with 459 yards and two TDs receiving, including a 66-yard score.

For about half of last season, the 27-year-old Spiller was sidelined by a shoulder injury. The silver lining, Spiller said, is that his lower body was spared the punishment of a full season.

“I could definitely feel the difference with my legs,” Spiller said. “That was the good part about it, just taking the pounding off of those.”

Notes: The Saints are on break until training camp. Reporting day is July 29 at the Greenbrier Resort in White Sulphur Springs, West Virginia. … Hours before a civil judge in New Orleans ruled Thursday that Tom Benson remained mentally competent to run his business empire, Payton offered supportive words for his team’s 87-year old owner. “He’s been a fantastic owner, very supportive,” Payton said. “I cannot think of one time where there has been something that really frustrated you. He is probably the main reason why we were able to win a Super Bowl.” The ruling came in a lawsuit by Benson’s recently disowned daughter, Renee, and her two children, Rita and Ryan LeBlanc, who were ousted from ownership positions about six months ago. The judge dismissed the estranged heirs’ claims that their patriarch removed them from his businesses while mentally enfeebled and under undue influence from his third wife, Gayle.

Next post Walker's jobs agency gave out $124 million without review