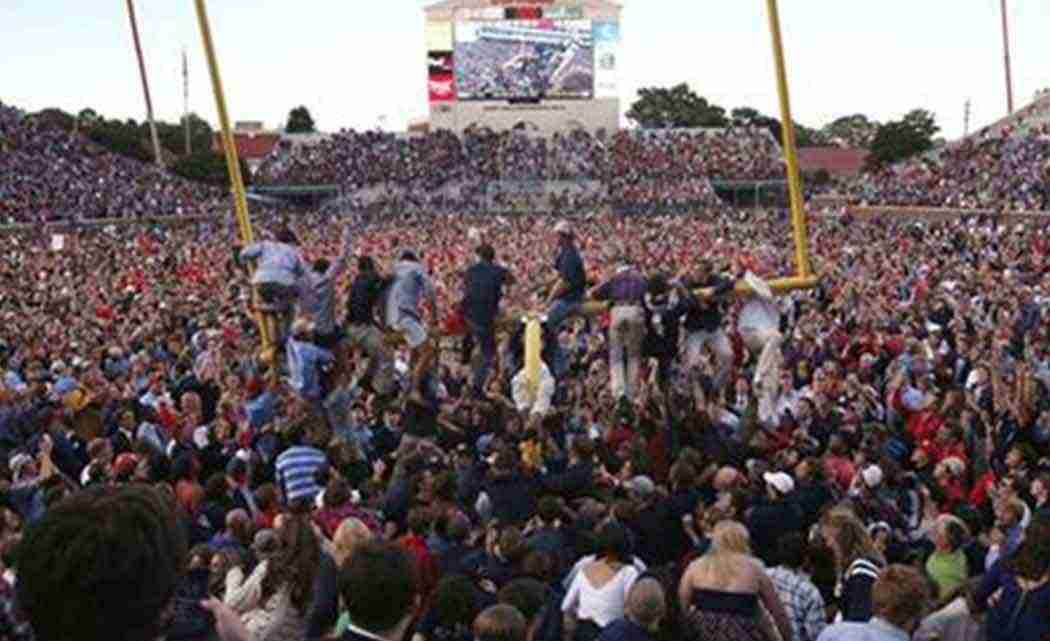 DESTIN, Fla. (AP) _ The Southeastern Conference has been fining its schools for rushing fields and storming courts since 2004.

Now, a decade later, those penalties are going up. Way up.

The league plans to “substantially” increase fines for teams that violate its on-field policy.

The previous penalties started at $5,000 for first-time offenders and increased to $25,000 for second violations and up to $50,000 fines for third and subsequent offenses.

The new system is expected to be finalized this week at the SEC spring meetings in Destin, and there have been discussions about increasing the initial fine to $50,000.

That would seemingly create a huge deterrent for programs, which might increase security. Then again, it might not solve the issue.

LSU athletic director Joe Alleva says, “You can’t have armed guards and horses out there.”