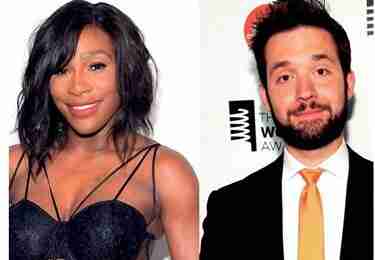 Court and spark: Serena Williams is tying the knot.

The tennis great has announced her engagement to Alexis Ohanian, posting a poem on Reddit that she accepted the proposal of the social news website’s co- founder.

Williams’ agent, Jill Smoller, confirmed the engagement in an email to The Associated Press.

Ohanian wrote on his Facebook page, “She said yes.”

In September she passed Roger Federer for most all-time Grand Slam match victories, winning her 308th in the U.S. Open.

No wedding date has been announced.