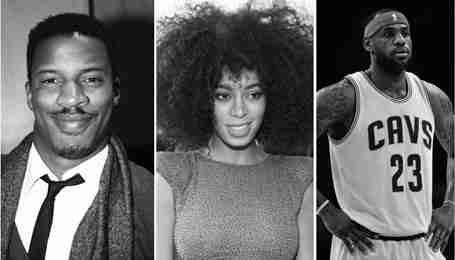 The NAACP Image Awards celebrates the accomplishments of people of color in the fields of television, music, literature and film and also honors individuals or groups who promote social justice through creative endeavors. Winners will be announced during the two-hour star- studded event hosted by Anthony Anderson, which will broadcast LIVE on TV ONE on Saturday, February 11, 2017 at 9 p.m. EST as a two-hour special. A 90-minute pre-show will air live from the red carpet at 7:30 p.m.

“The NAACP is delighted to have a great collaboration with TV One and we look forward to working with them again to create a memorable evening of entertainment celebrating the hard work, perseverance and achievements of those in our community,” said Roslyn M. Brock, Chairman of the NAACP National Board of Directors.

“The Image Awards is the premier showcase for art and advocacy reflecting the depth and diversity of the African-American experience,” said Cornell William Brooks, President and CEO of the NAACP. “It is an American prism through which we see a breadth of culture and color reflected in film, television, music and literature in ways that reveal our shared humanity. At a moment when America is so divided, the Image Awards represents an hour that brings us together.”

For all information and latest news, please visit the official NAACP Image Awards website at www.naacpimageawards.net.