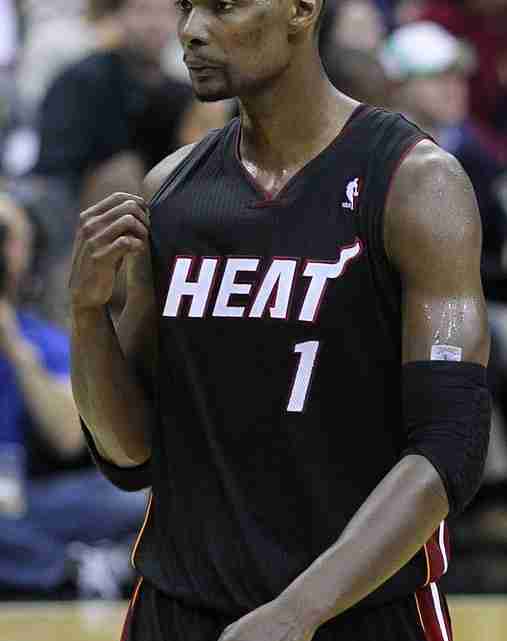 A complicated end, at that.

The blood clots that Bosh has dealt with over parts of the last three seasons have been declared a career-ending injury situation and the Heat will soon remove the 11-time All-Star forward from their roster and salary cap going forward, a person with knowledge of the situation told The Associated Press on Friday. The person spoke to the AP on condition of anonymity because the agreement has not been announced publicly.

Bosh will never be able to play again for the Heat, said the person, adding that Bosh could play again if another club gives him medical clearance.

If that happens – and it’s unclear if that’s a possibility because the specifics of Bosh’s current health situation are unknown – the Heat will face no risk of having any of the $52 million Bosh is owed over the next two seasons returning to their salary cap.

“I’m still a basketball player at heart,” Bosh told AP in March. “I can’t help it.”

So it appears the 33-year-old Bosh will have a chance to play again, and Miami gets to soon close the last remaining link to the “Big Three” era that saw the Heat reach four consecutive NBA Finals with Bosh, Dwyane Wade and LeBron James leading the way from 2011 through 2014. And months of talks between Bosh, the Heat, the NBA and the National Basketball Players Association are about to bring a resolution.

Bosh remains on the Heat roster for now, and could stay there for several more weeks. It’s almost certain that he will eventually be waived once Miami needs his cap space for free agency in July – the Heat will have around $37 million in room once Bosh’s contract comes off the books – though a trade is still technically possible.

It was obvious last September that Bosh had played his last game for the Heat, after he failed a physical and team president Pat Riley said the franchise was moving forward without the two-time champion in its plans. Bosh made clear last fall that he wanted to play, and eventually got back into the game as an analyst for Turner Sports late in the season.

He described what he went through this past season as “a taste of retirement.”

“You’re going 100 mph and the brakes are slammed on and now you’re not moving at all,” Bosh said in the March interview. “It’s definitely an adjustment, just being able to get used to things and finding that purpose that I think we all need to succeed and have good mental health. It’s been a challenge. Things happen for a reason, I guess.”

Bosh’s first known bout with a clot was in February 2015, when one that was believed to have formed in one of his legs traveled to a lung and caused problems so severe that he needed to be hospitalized for several days. He recovered and was averaging 19.1 points in the 2015-16 season when the second known issue with a clot began – ironically, at the All-Star break, just as was the case the season before.

He hasn’t played since.

Next post Are You Still on Track to Achieve Your 2017 Resolutions?