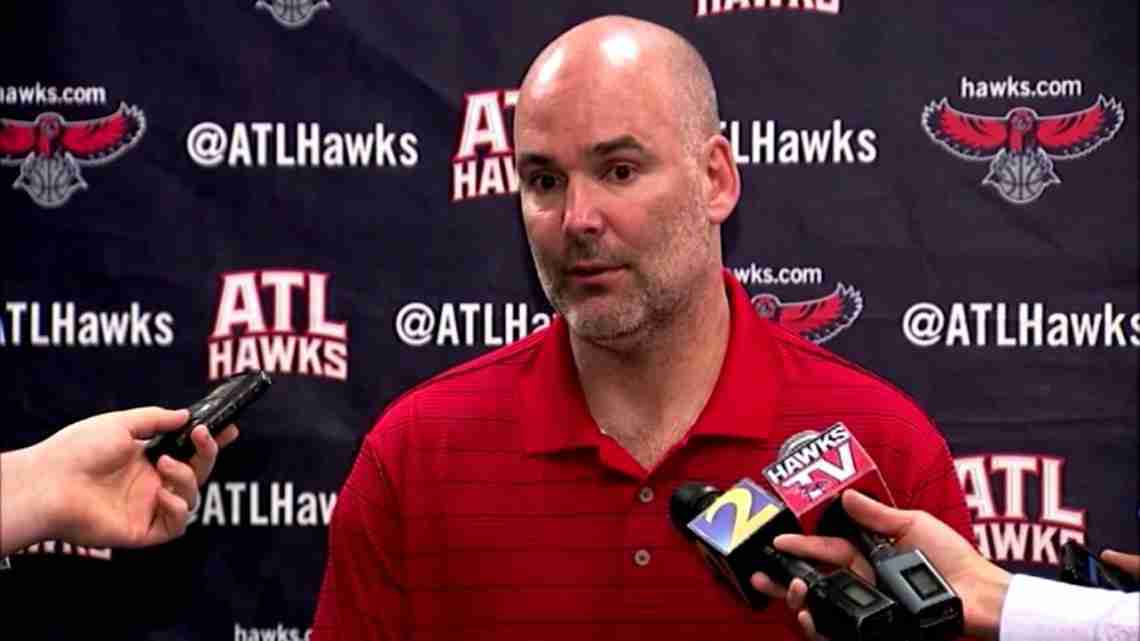 ATLANTA (AP) _ The Atlanta Hawks have agreed to a buyout of the final two years of general manager Danny Ferry’s contract, a person with knowledge of the agreement told The Associated Press on Friday.

The person spoke on condition of anonymity because the agreement has not been announced. The person said the buyout will be paid by the current ownership group, which has a deal to sell the team for $850 million to a group led by billionaire businessman Antony Ressler.

Ferry was the lead architect of the Hawks’ most successful season. Atlanta won a franchise-record 60 games before losing to Cleveland in its first Eastern Conference final.

Ferry had to watch the successful season from a distance. He has been on an indefinite leave of absence following racially derogatory comments he made last year. More basketball operations responsibilities shifted to coach Mike Budenholzer and Wes Wilcox, an assistant GM under Ferry.

With the buyout, first reported by The Atlanta Journal-Constitution, Budenholzer and Wilcox could assume additional responsibilities on a full-time basis.

Ferry, 48, hasn’t commented publicly since going on indefinite leave last September. He could not be reached for comment on Friday.

Ferry signed a $18 million, six-year contract when he was hired from San Antonio in 2012. He hired Budenholzer, a former Spurs assistant, two years ago.

The buyout is expected to be announced by the Hawks before next week’s NBA draft. Atlanta hopes to add a potential starter or major role player with the No. 15 pick next Thursday.

Ferry landed in trouble for making inflammatory comments about forward Luol Deng, who was then a free agent, in a conference call with the Hawks’ ownership group. Ferry referred to comments in a scouting report when he described Deng as someone who “has a little African in him.”

“He’s like a guy who would have a nice store out front,” Ferry said, “and sell you counterfeit stuff out of the back.”

Deng, who is from South Sudan, signed instead with the Miami Heat.

Next post Utah Jazz work out Dekker, miss out on Hollis-Jefferson