A new playoff format for the NBA might add excitement 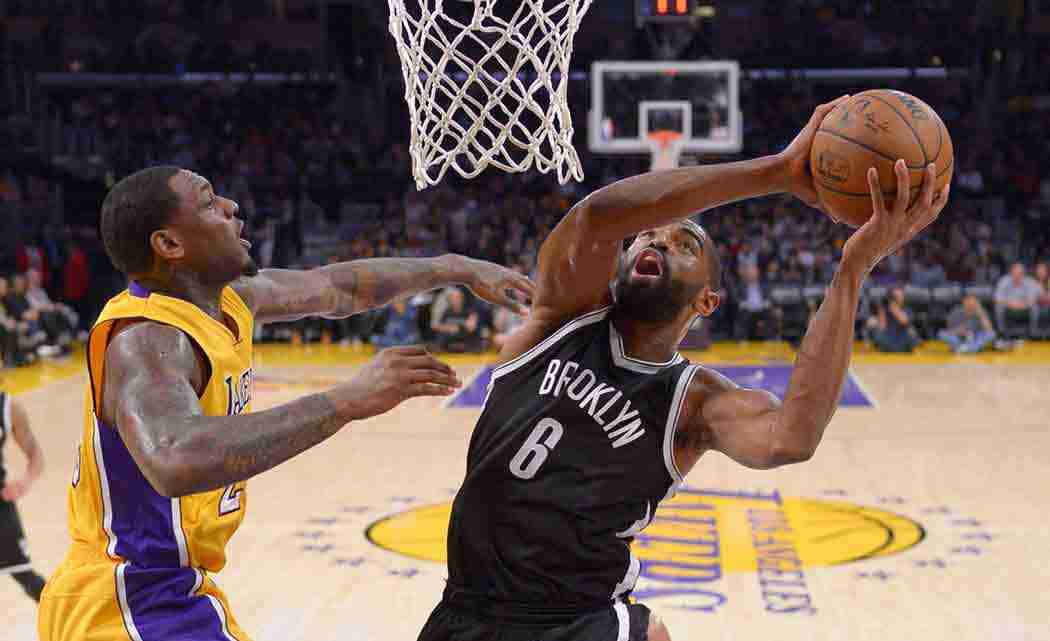 MIAMI — The Brooklyn Nets are on pace to finish 34-48 this season.

The Brooklyn Nets are also on pace to make the NBA playoffs.

The Nets and Miami Heat, who would both be in the playoffs if they started today with records way below .500, wouldn’t be the worst teams in NBA history to make the postseason. Chicago, San Antonio and Boston have all had teams that, when combining regular-season and postseason records, have had teams make the playoffs with winning percentags of .419 or less twice.

And the Bulls, Spurs and Celtics franchises are basketball royalty.

But even they’re not immune to down times.

One of the ideas that has been floated _ and will likely one day happen, somehow _ is for the best 16 teams to make the playoffs, regardless of conference.

So here’s a look at what that playoff bracket would look like, if this season ended Sunday:

Seriously, who wouldn’t take that right now (except Miami and Brooklyn, who would fall off the postseason bracket in this system)?

Anthony Davis vs. the Splash Brothers in a first-round series. Chris Paul matching wits with LeBron James to open the playoffs (and everyone who follows college basketball’s postseason knows an 11 seed has to beat a 6 seed every year). Bulls vs. Blazers, a rematch of NBA Finals past in an opening-round matchup.

It’s not like the playoffs need to get more exciting. Last year’s postseason might have been the most scintillating in league history.

But if the NBA wanted to make a change, this one seems like it would work.

Here’s some of what to watch for around the NBA this week:

KNICKS WATCH: On their way to the worst season in franchise history, the Knicks will continue their attempt to win a game without Carmelo Anthony. New York is 0-15 without Anthony this season, and visits the Celtics on Wednesday, visits the Pistons on Friday and plays host to the Raptors on Saturday.

WARRIORS-CAVS: It’s not too early for an NBA Finals preview. Golden State travels to Cleveland on Thursday night, a nationally televised game that will surely get tons of attention. Golden State won the season’s first meeting last month by 18, though that was with LeBron James sitting out.

THUNDER WITHOUT KD: Oklahoma City has climbed back onto the Western Conference playoff bracket after its diasterous start, and now tries to stay there with Kevin Durant set to miss at least a week because of pain in his surgically repaired foot. The Thunder play four games this week, including a trip to Phoenix _ also jostling for that No. 8 spot out West _ on Thursday.

WELCOME BACK, KG: Kevin Garnett puts a Minnesota uniform on again Wednesday, when the Timberwolves play host to Washington. Wind chills in Minneapolis on Wednesday night are expected to be below zero, and be assured that no one lucky enough to have tickets to this one will be deterred.

Russell Westbrook, Oklahoma City: There were two 30-point, 10-assist games in the NBA this past week, and Westbrook had them both. He scored 34 points and had 10 assists against Dallas on Feb. 19, then had a 33-point, 10-assist effort against Charlotte two days later. Combined, he was also 23 for 23 from the line in those two games.