Court clears way for Clippers to be sold soon 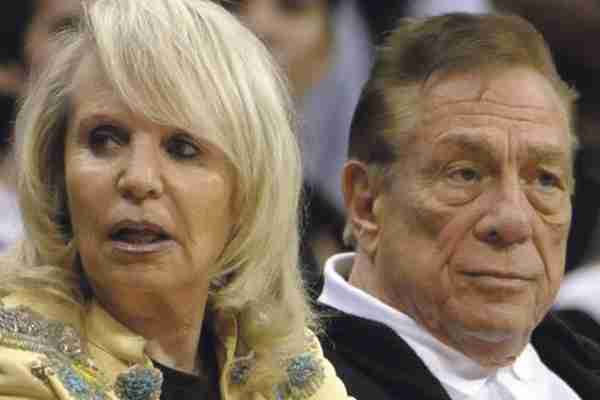 Michele Roberts has watched basketball for as long as she can remember. It was an easy choice growing up in a home with one TV and two elder brothers.

When she saw an interview last year with an NBA player and noticed how passionately he talked about trying to improve his embattled union, she wanted to be more than a fan. She wanted to be involved.

Roberts was elected Tuesday as executive director of the National Basketball Players Association – and she’s eager to provide the leadership it needs after a few difficult years.

It capped a long and arduous process to replace Billy Hunter, who was ousted in February 2013. Roberts was one of the finalists initially offered to the rank-and-file during All-Star weekend in February but the process was re-opened under another search committee at the urging of some players and agents.

More than 100 players reconvened in Las Vegas this week and, after some tense moments leading up to the vote, Roberts emerged as the winner.

“Obviously, I would’ve preferred that it happen sooner rather than later but I completely understood when there were questions raised about the process,” Roberts said. “Frankly, I would not have wanted them to ignore those questions and not affirmatively address those concerns. I wanted the job in February but I wanted the job where there would be no questions about the fairness or the process, so I completely endorsed the executive committee to address these questions, and they did and now best I can tell they’re very pleased.”

The players considered more than 300 candidates during their 17-month search before picking Roberts, who has been called the finest trial lawyer in Washington by Washingtonian Magazine. She said her new job will feature straight, honest talk, just like she delivers to a jury, and the strategizing that made her such a successful lawyer.

The search to replace Hunter, who led the NBPA from 1996 until a review of the union was critical of his business practices, leaves players with less than two years to prepare for the next potential collective bargaining talks. Either the union or the league can opt out of the current agreement in 2017.

The union has struggled for years with in-fighting and a lack of organization and the players took a significant cut in their guarantee of basketball-related income – 57 percent to about 50 percent, a drop of hundreds of millions annually in salary costs – in a contentious lockout in 2011. League revenues are on the rise, a new TV contract is set to be negotiated in 2016 and franchise valuations are skyrocketing.

“As far as I’m concerned, preparations for CBA negotiations started yesterday,” Roberts said. “It’s at the top of my list of things that I’ve been instructed to begin the process of preparing for and, sure, it’s a lot to do but I’ve never been shy about hard work and long hours, so we’ll get it done. We’ll be ready.”

NBA Commissioner Adam Silver congratulated Roberts in a statement, saying he looked forward to working with her “to ensure the continued health and growth of our game.”

“The partnership between our players and teams is the backbone of the league and we are eager to continue working with the Players Association to build this relationship,” Silver said.

The fallout from the lockout and the Hunter ouster left the union reeling. But it also made Roberts want to get involved, which will bring the New York native back home.

LOS ANGELES — The NBA and the Los Angeles Clippers are ready to move on, even if Donald Sterling wants to keep fighting – to move on to Steve Ballmer, who paid a record price for the team and is now a step closer to finally owning it.

The Clippers are a potential powerhouse team next season, with two All-Star players and one of the league’s best coaches. The only thing that could’ve messed it up was ownership.

That no longer appears to be a concern after Monday’s ruling in Los Angeles, where Superior Court Judge Michael Levanas sided with Sterling’s estranged wife, Shelly Sterling, who negotiated the sale to Ballmer for a record-breaking $2 billion. Donald Sterling was trying to block the sale.

Now it could all be completed within two weeks.

“We look forward to the transaction closing as soon as possible,” NBA spokesman Mike Bass said in a statement.

The league wanted to work with Ballmer, who made clear his desire to own the team with the astonishing price he paid. The former Microsoft CEO was nearly an NBA owner last year before owners chose to keep the Kings in Sacramento, rather than allow them to be sold to a group that included Ballmer and moved to Seattle.

He got another chance after Donald Sterling was recorded making racial remarks to a female friend. NBA Commissioner Adam Silver then banned Sterling for life, fined him $2.5 million and said he would urge owners to force Sterling to sell.

Instead, Shelly Sterling made the deal with Ballmer, which could have fallen through if Levanas had ruled she didn’t have the authority. And the Clippers’ high hopes might’ve crumbled just as quickly.

Doc Rivers would possibly have quit as coach if Sterling remained the owner, interim CEO Richard Parsons had testified. All-Star point guard Chris Paul, who also is president of the Players Association, might have sat out and convinced other players to join him. Sponsors who already started to flee after Sterling’s recording was released might have stayed away for good.

“The Clippers would suffer a massive loss of value if the team survived at all,” Levanas said.

Now they will go into next season flying high, just the way they play with Paul throwing alley-oop passes to big men Blake Griffin and DeAndre Jordan. They will have an owner who’s already proven he won’t be afraid to spend, a sharp contrast to the famously frugal Sterling, who never particularly cared to spend his billions on his basketball team.

That’s just part of the reason Sterling was long considered one of the worst owners in sports and his team one of the biggest laughingstocks. But the Clippers had zoomed past the Lakers as the best team in Los Angeles in their three years since acquiring Paul and are perhaps on their way to becoming one of the best in the league.

They won 57 games last season – their most ever – before the Sterling recording was released during their first-round playoff series against Golden State. The Clippers pulled that out in seven games but who knows what toll, if any, dealing with the Sterling fallout took? And they were ousted by Oklahoma City in the next round.

An unusual provision of the ruling bars Donald Sterling from seeking a court-ordered delay of the sale as he appeals. His lawyers plan to seek permission from an appellate court to file an appeal and, with lawsuits pending in state and federal courts, Monday’s ruling is unlikely to end the bizarre saga.

But it gave the NBA, the Clippers and Ballmer hope that it all could be finished soon.

“I think the sale is going to go through,” said Bruce Givner, a Los Angeles tax attorney who handles celebrity cases. “I suspect the NBA is ready to move very quickly. They want to get rid of Sterling like a canker sore. Nobody wants him around except the people that are charging legal fees to continue this charade.”