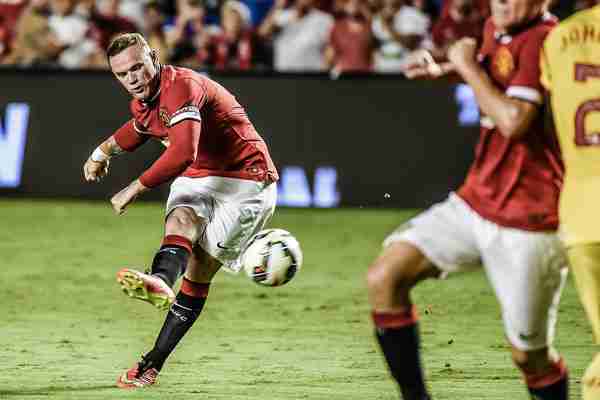 More than 50,000 fans were on hand on a rainy night to watch Manchester United win 3-1 in the clash that was the high point of a two-week, marquee soccer tournament across 13 North American cities, watched by more than 600,000 fans this summer.

Manchester United stars Wayne Rooney and Juan Mata scored minutes apart in the 54th and 56th minutes to propel the Red Devils to victory over Liverpool.

Steven Gerrard converted a penalty kick in the 14th minute to give Liverpool its only goal.

Rooney was named Guinness Man of the Match.

“After an exciting two weeks and 13 great games throughout 13 different cities, we are pleased to crown Manchester United as the champion of the 2014 Guinness International Champions Cup,” said Charlie Stillitano, CEO of Relevent Sports which showcases professional soccer in the U.S.

Next post Rodney Gray widow: “He was killed in front of me …”