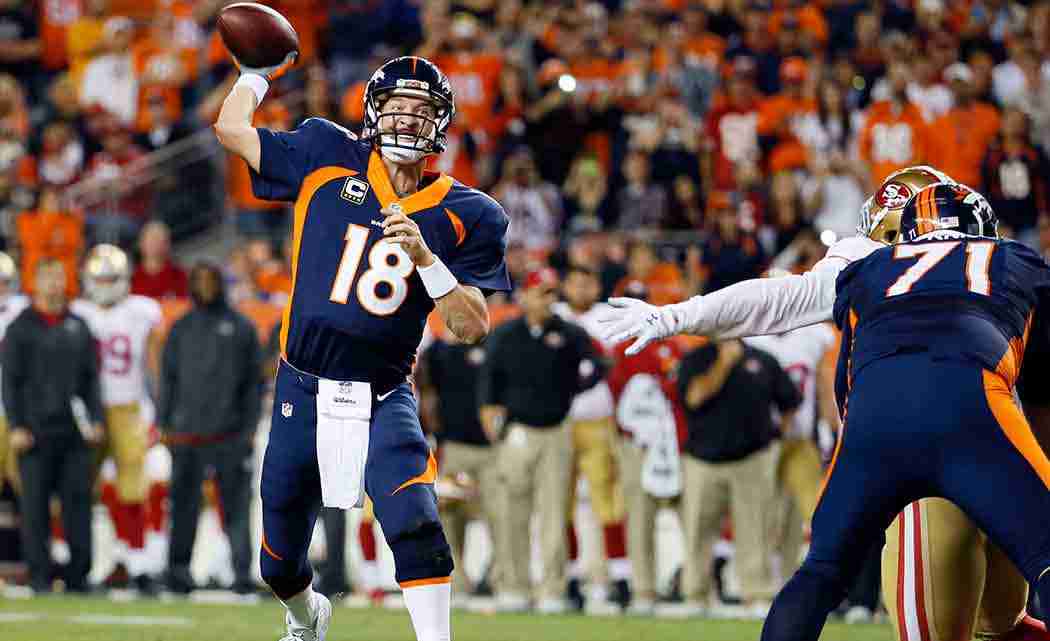 PHOENIX — Peyton Manning is still mulling his future in the NFL.

At a breakfast Friday to receive the Bart Starr Award, the five-time MVP said he still hasn’t made a decision about whether he’ll return to the Denver Broncos next season.

After the season-ending 24-13 loss to Indianapolis in the divisional playoffs, Manning made no guarantees about coming back for another season — a change of heart from a month previous, when he said he had every intention of returning.

He played the end of this season with a leg injury that hampered his effectiveness.

“I’d like to make a decision soon,” Manning said, but he did not indicate when that would be.