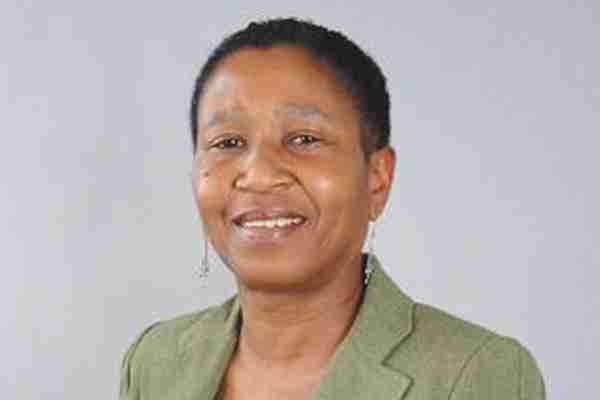 Michele Roberts has watched basketball for as long as she can remember. It was an easy choice growing up in a home with one TV and two elder brothers.

When she saw an interview last year with an NBA player and noticed how passionately he talked about trying to improve his embattled union, she wanted to be more than a fan. She wanted to be involved.

Roberts was elected Tuesday as executive director of the National Basketball Players Association – and she’s eager to provide the leadership it needs after a few difficult years.

It capped a long and arduous process to replace Billy Hunter, who was ousted in February 2013. Roberts was one of the finalists initially offered to the rank-and-file during All-Star weekend in February but the process was re-opened under another search committee at the urging of some players and agents.

More than 100 players reconvened in Las Vegas this week and, after some tense moments leading up to the vote, Roberts emerged as the winner.

“Obviously, I would’ve preferred that it happen sooner rather than later but I completely understood when there were questions raised about the process,” Roberts said. “Frankly, I would not have wanted them to ignore those questions and not affirmatively address those concerns. I wanted the job in February but I wanted the job where there would be no questions about the fairness or the process, so I completely endorsed the executive committee to address these questions, and they did and now best I can tell they’re very pleased.”

The players considered more than 300 candidates during their 17-month search before picking Roberts, who has been called the finest trial lawyer in Washington by Washingtonian Magazine. She said her new job will feature straight, honest talk, just like she delivers to a jury, and the strategizing that made her such a successful lawyer.

The search to replace Hunter, who led the NBPA from 1996 until a review of the union was critical of his business practices, leaves players with less than two years to prepare for the next potential collective bargaining talks. Either the union or the league can opt out of the current agreement in 2017.

The union has struggled for years with in-fighting and a lack of organization and the players took a significant cut in their guarantee of basketball-related income – 57 percent to about 50 percent, a drop of hundreds of millions annually in salary costs – in a contentious lockout in 2011. League revenues are on the rise, a new TV contract is set to be negotiated in 2016 and franchise valuations are skyrocketing.

“As far as I’m concerned, preparations for CBA negotiations started yesterday,” Roberts said. “It’s at the top of my list of things that I’ve been instructed to begin the process of preparing for and, sure, it’s a lot to do but I’ve never been shy about hard work and long hours, so we’ll get it done. We’ll be ready.”

NBA Commissioner Adam Silver congratulated Roberts in a statement, saying he looked forward to working with her “to ensure the continued health and growth of our game.”

“The partnership between our players and teams is the backbone of the league and we are eager to continue working with the Players Association to build this relationship,” Silver said.

The fallout from the lockout and the Hunter ouster left the union reeling. But it also made Roberts want to get involved, which will bring the New York native back home.

Next post Court clears way for Clippers to be sold soon