What to Watch Wednesday at the Australian Open quarterfinals 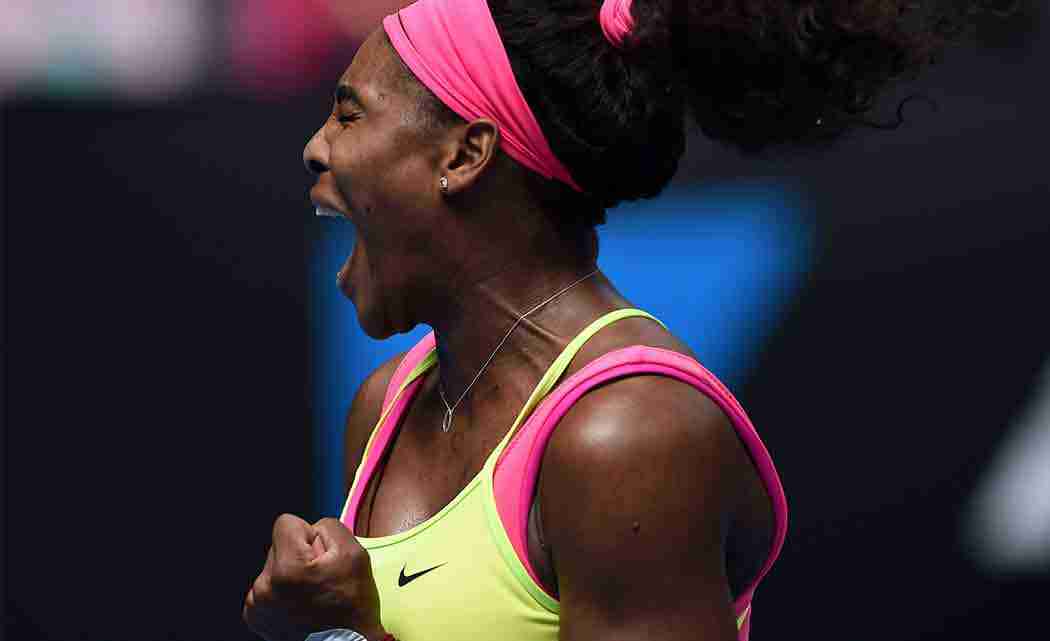 By JOCELYN GECKERMELBOURNE, Australia — Once upon a time, the story of women’s tennis was all about Serena and Venus Williams: The two sisters who rose from the concrete courts of Compton, California to play such transcending tennis that for a while the Grand Slams were nicknamed the Sisters Slams.

But over the years, Serena surged ahead to win 18 majors titles, a few new stars emerged and Venus was left behind. Venus has won an impressive seven Grand Slam titles, but hasn’t been considered a top contender for years due to injuries and other health problems.

Now at the age of 34, Venus is enjoying a late-career resurgence that has been on full display at the Australian Open where both sisters have reached a Grand Slam quarterfinal for the first time since 2010. Each will play a younger opponent Wednesday who has never won a major. If the Williams’ prevail there will be a Sisters Semifinal — which would be their 26th career meeting and their first since 2009 Wimbledon.

That is just one of the compelling story lines as the Australian Open heads into Day 10, where the quarterfinal matchups are filled with back stories of revenge and revival and rising young stars looking to unseat the returning champions.

Here are some things to watch for on Wednesday:

EXPERIENCE VS. ENERGY (No. 1 Serena Williams vs. No. 11 Dominika Cibulkova): Serena might be 33 years old but she is still No. 1 and wants to stay there. Her eyes are on the prize of winning her 19th Grand Slam title at the Australian Open, which she hasn’t won since 2010. Her opponent in the quarterfinals is a mere 1.61 meters (5-foot-3) and has never won a major but came very close last year. The 25-year-old Cibulkova, last year’s runner-up to now retired Li Na, has a ferocious fighting spirit. “As you can see, I’m not the tallest player on the tour. I need to have something extra if I want to beat these top players,” Cibulkova said earlier this week. Williams has won all four of their previous matches, and knows it won’t be easy. “To be her size, she hits so hard and she plays so well,” Serena said. “I just have to stay focused and not underestimate her.”

ALL-AMERICANS (No. 18 Venus Williams vs. Madison Keys): As Venus moved through the first week of the Australian Open, she received tweets of encouragement from U.S. tennis great Billie Jean King. When Venus was asked what she would tweet back to the retired star, Venus thought a moment and quoted King: “What does she always say?’ Pressure is a privilege.” so that would be my tweet for Billie Jean. The pressure in the quarterfinals will come from another American, the 19-year-old Keys who is tipped to be one of the next stars of U.S. tennis. Keys has said that Venus was one of her childhood idols. Venus and Keys speak highly of each other but Venus couldn’t help joking about their age difference: “She started watching me when she was in diapers,” Venus said. If Keys wins, she will get to face another Williams in the semifinals.

GENERATIONAL BATTLE (No. 1 Novak Dkjokovic vs. No. 8 Milos Raonic): At 6-foot-5 (1.96 meters), Raonic delivers one of the most feared serves in tennis and is one of the new generation of stars threatening the dominance of the old guard. He made his breakthrough year in 2014, reaching the Wimbledon semifinals and becoming the first Canadian man to finish the year in the top 10. The 25-year-old Raonic lost last year’s French Open quarterfinal to Djokovic in three tight sets. “I play for the opportunity to have a shot against the big guys at the big slams,” he said when asked about playing the No. 1-ranked Djokovic, who has won seven Grand Slams, including five Australian Open titles. He has beaten Raonic in all four of their career matches.

GRAND SLAM REMATCH (No. 4 Stan Wawrinka vs. No. 5 Kei Nishikori): Wawrinka is the defending champion who doesn’t like to talk about his success. His focus, he says, is not on winning another Australian Open title but just on playing the clichéd one match at a time. The next one is expected to be a battle, and a rematch of the U.S. Open quarterfinal that Nishikori won in five sets that lasted over 4 hours. Recalling that match gives both players flashbacks. “He’s a tough, tough player,” the 29-year-old Wawrinka says about Nishikori. Which is exactly what the 25-year-old Japanese player says about Wawrinka, adding: “It’s going to be an exciting match.”