Spurs’ Tim Duncan tells paper: ‘I’ll be back on the court’ 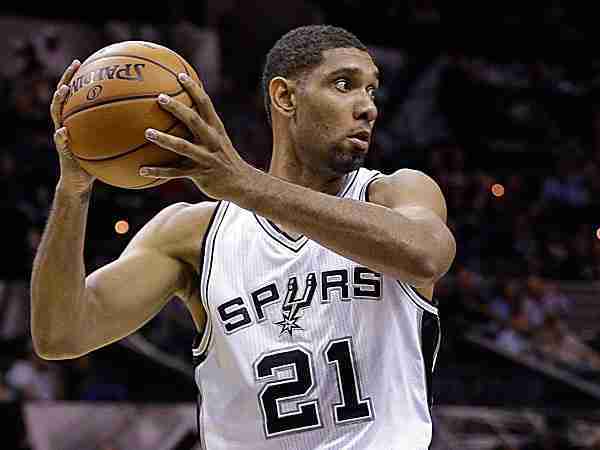 Duncan tells the San Antonio Express-News that “I’ll be on the court next year.” Until Duncan made his announcement Thursday, there was speculation that he could call it a career after the Spurs lost to the Los Angeles Clippers in a thrilling seven-game series in the first round of the playoffs.

Many expected him to return, particularly since he was coming off such a strong season. Duncan averaged 13.9 points, 3.0 assists and 2.0 blocks and earned third team All-NBA and second team All-Defense honors.

Duncan turned 39 in April and accompanied the Spurs on a recruiting trip for star free agent LaMarcus Aldridge on Wednesday.

Duncan told the newspaper that the trip to Los Angeles to meet with Aldridge offered the opportunity for a face-to-face chat with coach and team president Gregg Popovich about next season. The conversation solidified his desire to return for another year and chase his sixth championship.

Duncan will likely not agree to terms on a new contract until the Spurs know if Aldridge will be coming to town to play beside him in the San Antonio frontcourt.

The Spurs are still waiting to hear if Manu Ginobili, another member of the franchise’s Big Three with Duncan and Tony Parker, will return next season.

Previous post Durant: 'I can't wait to play the game I love again'