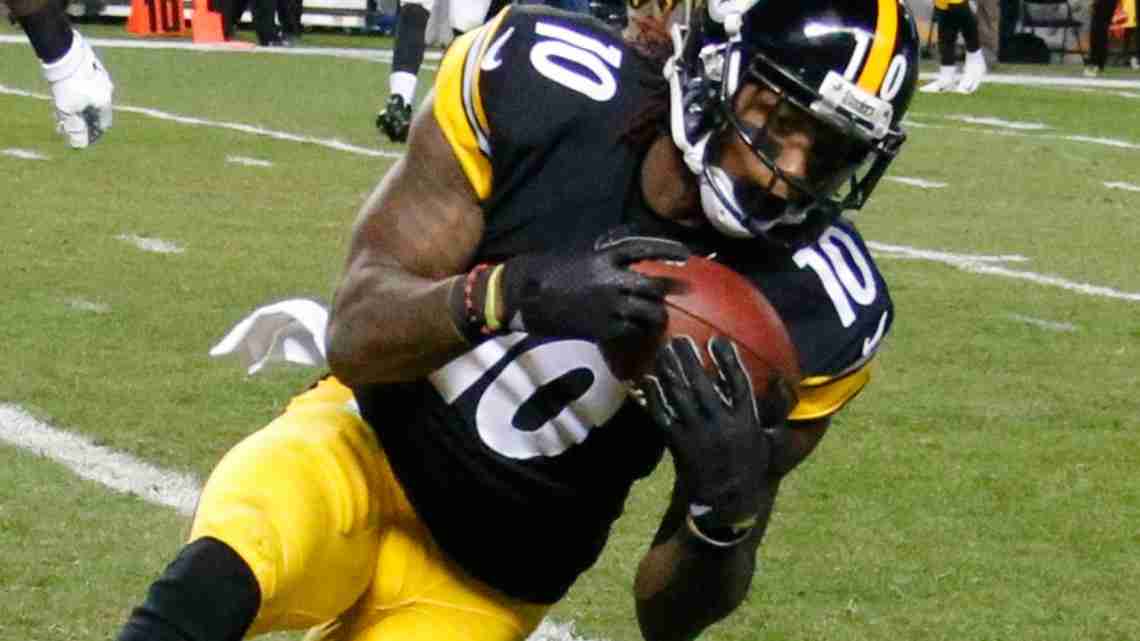 PITTSBURGH (AP) _ Pittsburgh Steelers wide receiver Martavis Bryant is hoping for a smoother ride in his second season in the NFL.

Drafted in the fourth round a year ago, Bryant finished his rookie season with 26 receptions for 549 yards and was second on the team to Antonio Brown with eight touchdown catches. He also led the Steelers with 21.1 yards per reception, highlighted by a 94-yard touchdown against the Cincinnati Bengals that kickstarted Pittsburgh’s run to the AFC North title.

Despite his late flourish, the frustrating part of his rookie campaign lingers for Bryant, who remained on the inactive list for the first six games.

“It was tough to see because of some of the things that were happening, but at the same time, it was out of my control,” Bryant said. “I just worked hard to get better and Coach told me to make sure I take advantage of my opportunity when I got it.”

Bryant got his opportunity in Week 7 against the Houston Texans, catching two passes and his first NFL touchdown. Bryant reached the end zone six times in his first four games.

This time, Bryant wants to make sure he is ready to start the season in Week 1.

“I am more prepared,” Bryant said. “I have more confidence. I just trained and did karate and ran routes the whole offseason to get better. I worked on the whole route tree that we run so people can see that I can do more than just catch the deep ball.”

Entering his second season of organized team activities, Bryant now knows what to expect from his fellow wide receivers and quarterback Ben Roethlisberger. The relationship between Bryant and Roethlisberger has improved steadily from the beginning of last year, and that shows in the trust they have in each other while running their routes and the reading the defense.

Joining him at camp this season is another friendly face for Bryant. During his college career at Clemson, Bryant caught 61 catches for 1,354 yards and 13 touchdowns in three seasons. All that came from Tahj Boyd, one of the newest members of the Steelers roster. Boyd sees the improvement in his friend and teammate.

“I think that for Tay it’s all about continuing to instill that confidence, him growing,” Boyd said. “You see that from last year. … Once he gets going, he’s a spark plug. It’s like a train that just doesn’t stop. … His whole aura is different. He steps up there and takes control. If he doesn’t know what he’s doing, he’s going to find out.”

The proof is in the production for Bryant to have a breakout season. The tools and confidence are there. Now it is just a matter of putting the puzzle pieces together.

“All I can do is go out and give all my effort, play hard and play for this team,” Bryant said. “Everything will take care of itself. The sky’s the limit.”