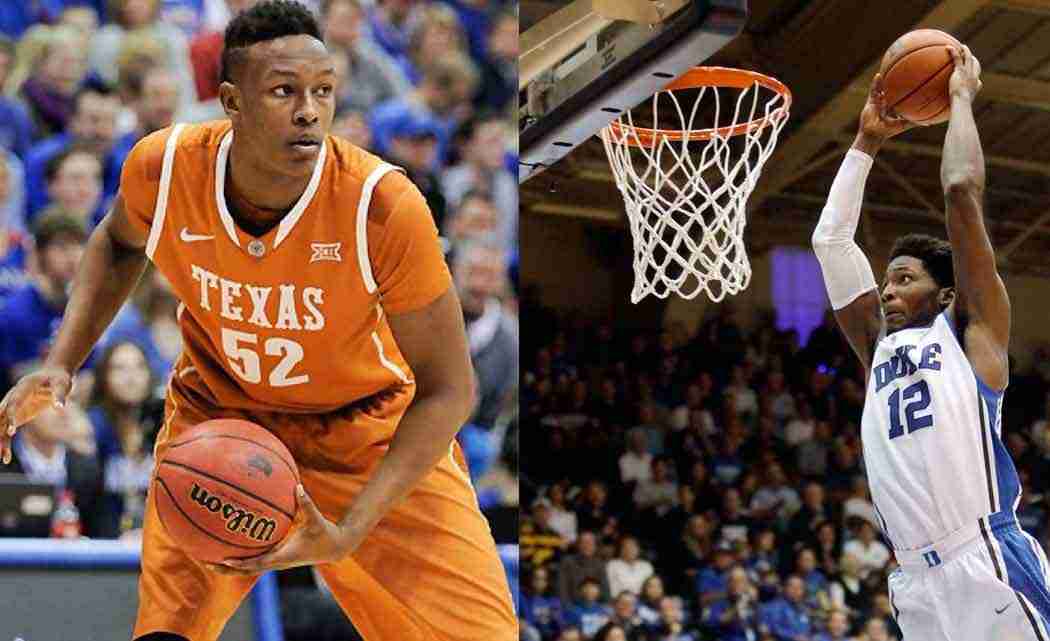 Being in the NBA now hasn’t seemed to faze either of them.

Summer league play started Saturday, and for Winslow and Turner – both still teenagers, neither turning 20 until next March “it might have been considered by some onlookers as a significant first step in their transitions to NBA life. But the rookies who knew plenty of eyes were on them were both trying to make it seem like business as usual.

“I didn’t have jitters,” Winslow said.

“From the moment I stepped out on the floor, it felt like just playing ball, man,” Turner added. “It’s just another level.”

As a footnote, Winslow and the Miami Heat defeated Turner and the Indiana Pacers 92-76. Winslow played four positions for Miami, doing everything from handle the ball to play power forward on the way to a 15-point, three-assist, two-steal performance. Turner started at center for the Pacers, shooting 8-for-11 and finishing with game highs of 20 points and eight rebounds.

Winslow was the No. 10 pick in last month’s draft, Turner went one spot later.

“Solid,” Heat summer coach Dan Craig said of Winslow’s debut. “He was just very solid out there, defensively, offensively, on both sides of the floor. He was locked in. I thought he did a great job communicating with his teammates. For a guy coming into his first game, he was communicating out there. It didn’t look like there was any indecision on his part. In the timeouts he was very confident. He was focused. Just thought it was a great all-around game for him.”

Orlando is the first of three summer leagues to get under way. Play in the Utah league starts Monday, and the Las Vegas league – the biggest one of the three, by far – starts next weekend with San Antonio Spurs assistant Becky Hammon becoming the first woman to be head coach of an NBA summer league team.

In Orlando, the Magic have No. 5 pick Mario Hezonja – who hit what became the game-winning 3-pointer late in overtime of his debut Saturday against the Los Angeles Clippers – playing for one of their two entries in the league. Stanley Johnson, the No. 8 pick by Detroit, was also in action on Day 1 and finished with 13 points on 5-for-8 shooting in the Pistons’ 87-76 loss to Orlando White.

Like Winslow and Turner, Johnson said nerves weren’t a factor.

“If I was to go out there with jitters and play soft, I’d be mad at myself,” Johnson said.

There are no fans at the games in Orlando, held on the Magic practice court. It’s basically all team personnel, other players, scouts and reporters – though Kevin Durant popped in to watch the afternoon action, sitting and chatting with new Thunder head coach Billy Donovan while the OKC summer team took on the Hornets.

So whatever expectations await the rookies, at least there’s no circus atmosphere to add to the level of pressure.

“The biggest thing there is – don’t pay attention to it,” Turner said. “You’ve got to play within yourself. If you’re playing well enough for yourself, that’s what matters. You shouldn’t have to play to expectations, minus your coaches and what-not.”

Winslow and Turner said they weren’t that impressed with their opening stat lines. Turner said he should have done more, since Indiana lost. And Winslow said he needed to work on his foul shooting – that after making 6 of 8 tries from the line.

Winslow said he’s valuing summer league to learn the nuances of NBA rules and get used to the longer 3-point line before playing with the bulk of the Heat veterans in the coming weeks. As the regular season nears, he said his nerves might be more of a factor.

“I’ve been playing basketball for a long time,” Winslow said. “Sure, maybe the first real game I might be nervous, something like that. But everything felt natural. And I was really ready for today. I wasn’t nervous when I woke up. Excited, ready to play.

“That’s a big thing with me – I’ve been playing the game so long, don’t make it something bigger than it is.”