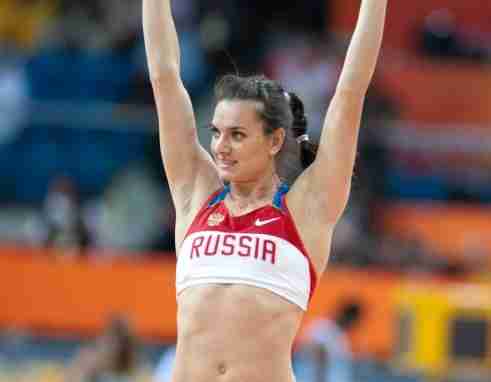 LAUSANNE, Switzerland – Two Russian track and field athletes have failed in a bid to have their ban from the Olympics put on hold.

Two-time Olympic pole vault gold medalist Yelena Isinbayeva and world 110-meter hurdles champion Sergei Shubenkov had applied to the Swiss Federal Court to delay application of an earlier Court of Arbitration for Sport ruling which upheld the Russian team’s ban from the Olympic track meet. Had they won, it could have allowed them to compete at the Rio de Janeiro Games.

However, the Swiss court ruled that the two Russians had waited too long after the CAS ruling to file their request and that they had failed to demonstrate that they met the International Olympic Committee’s criteria to compete in Rio.

Shubenkov said he and Isinbayeva would fight on in court.

“It doesn’t in any way stop us from further actions,” Shubenkov, who is a lawyer by training, told Russia’s state Tass news agency. “We’ll keep going according to the plan we had. This is just the first step.”

However, the head of the Russian track federation told local media that it was unlikely any appeals would be in time for Russian athletes to take part in Olympic track and field, which starts Friday and runs through Aug. 21.

Russia was banned from international track and field, including the Olympics, in November over widespread doping. That followed the publication of a World Anti-Doping Agency-commissioned report alleging a culture of performance enhancing drug use and cover-ups in the Russian track team.