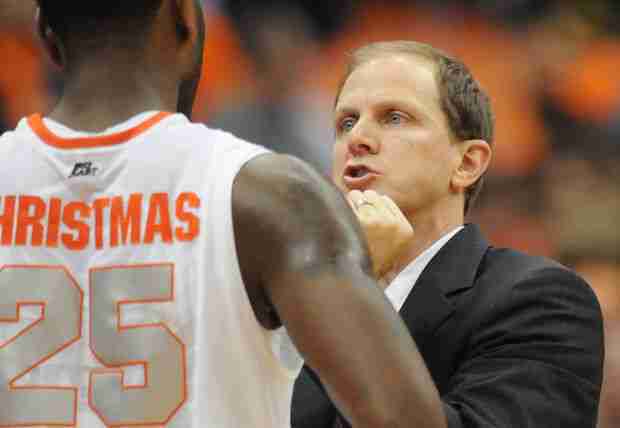 SYRACUSE, N.Y. (AP) _ Syracuse men’s basketball assistant Mike Hopkins has been formally given the title of head coach designate to succeed Hall of Famer Jim Boeheim after the 2017-18 season.

A former Orange captain, Hopkins has served on Boeheim’s staff for 19 seasons. Syracuse won the NCAA title in 2003.

Hopkins said in a statement Thursday that “I’m honored, humbled and grateful for this special opportunity. Very few people are afforded the privilege to coach at their alma mater.”

In March, Boeheim announced that he will retire in three years and said he wanted Hopkins to take over for him.

Boeheim says Hopkins “has truly earned this honor through his hard work, dedication and commitment to our program for more than 20 years” and that “there is no one more ready or prepared to carry on the success of Syracuse basketball.”

Next post Stench from stinky fridge sends 11 to hospital