The intersection of Dusty Baker and me is Segregation 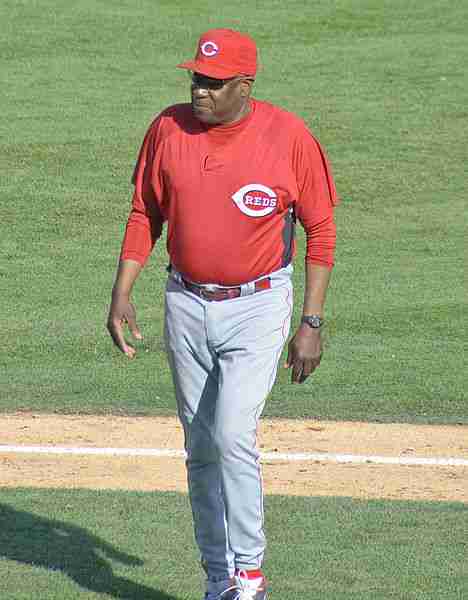 In February of 1970, I met Dusty Baker, the current manager for the Washington Nationals. At the time he was a 20-year- old rookie with the Atlanta Braves and I was a second grader at South Olive Elementary School here in West Palm Beach. Clearly, much has changed since Dusty’s last spring training here in 1975. A lot has happened and West Palm Beach is a different place 42 years later.

Despite these higher expectations, changing civil rights laws proved easier than changing customs, hearts, and minds. segregation, although illegal was still in full effect here in West Palm Beach in 1970, especially in public accommodations like apartments and houses. Ironically, it was because of segregation that my path crossed with Dusty Baker. In spite of laws precluding discrimination in public accommodations, the custom and practice remained unchanged in West Palm Beach. Although players could stay in the team hotel they were confined to rent houses or apartments only in the black community.

Aaron, Dusty Baker, Ralph Garr, and Sonny Jackson either stayed in the homes of African-American families who rented them a room or at a rooming house located on Division Avenue in West Palm Beach,” states Littles.

Atlanta Braves left fielder Ralph Garr and his family stayed with my mother and me at our house on Erie Place in West Palm Beach. Of course, for me this was a dream come true. I lived every boys’ sports fantasy during those spring training years. I got to meet all of the African American stars of major league baseball; players like Hank Aaron, Willie Mays, Bobby Bonds, Richie Allen and the list goes on and on.

Dusty, wasn’t yet 21-years-old at the time he was drafted by the Braves so he needed his parents’ permission to sign a professional sports contract. As a pre-condition to allow Dusty to sign with the Atlanta Braves his parents asked that he be placed in the care of Ralph Garr and Hank Aaron.

As a result, I saw Dusty, Ralph, and Hank Aaron on an almost daily basis. “Black West Palm Beach in 1970 was a vibrant self-sustaining community having everything a person could need, says Littles.

Segregation had, by necessity, created a micro-economy within the black community. In 1970 we had two movie theatres, the Dixie and Grand on Rosemary as well as a compliment of physicians, dentists, pharmacies and lounges. Additionally, we had black barbers, cleaners, laundry mats and grocery stores. Moreover, there were several restaurants Hamburger Haven, Blue Front Barbeque and Harvey’s Barbeque all on Tamarind Avenue in West Palm Beach Littles said.

Today only the Sunset and Hamburger Heaven remain. The years have been economically unkind to that micro-economy that was Black West Palm Beach, states Littles. Today West Palm Beach is a much different place, ostensibly a better place to live, work and play for all citizens. Although African Americans no longer face Jim Crow Laws and customs we are still fighting for opportunities economically. In fact the City of West Palm Beach as well as the County are both conducting disparity studies to assess whether contracts are being distributed fairly to African Americans, women, and other minorities.

Sometimes events happen or people come into your life and it changes your entire life’s trajectory. I credit meeting Ralph Garr and Dusty Baker as an example of such an event. Those two men made me feel as if I was important and that I could be anything that I chose to be. In spite of the constraints created by segregation, Jim Crow, and past practice, I believed anything was possible and went after it. This coupled with constant encouragement from my mother pushed me to where I am today. I do not believe that it was happenstance that these men came into my life within months of my parents divorcing. They were highly successful, disciplined, role models; people I wanted to emulate. I cannot imagine what would have happened to me if I had never seen these fellows handle business. In no small part I attribute earning a football scholarship to the University of Illinois and obtaining my law degree at Howard University School of Law to the time and attention I got from these guys. I credit these men for instilling in me the discipline to handle myself like a professional. I think the most important lesson I learned was the belief that we all have an obligation to give back. I have been fortunate and blessed. I think it robbery to act as if I don’t owe something back for that good fortune. It’s the price I pay for the good blessings I have received.

Next post Dusty Baker is an American, Black history icon