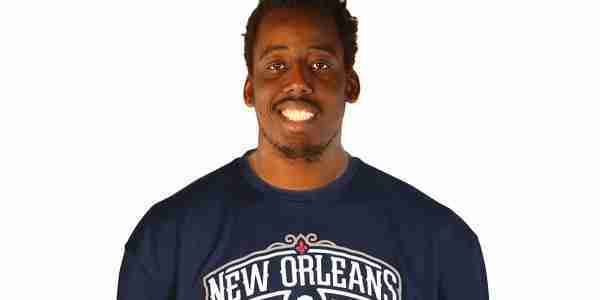 The Portland Trail Blazers appear to be entering a period of change, so one of general manager Neil Olshey’s first calls during free agency went to a familiar face.

The Blazers quickly agreed with veteran Al-Farouq Aminu, reuniting the defensive-minded forward with the man who drafted him with the Los Angeles Clippers in 2011.

“Headed to Portland with my guy Neil Olshey, who believed in me since day one,” Aminu tweeted. “Much love Rip city here I come.”

The four-year deal is worth $30 million, a person with knowledge of the agreement told The Associated Press on Tuesday night. The person requested anonymity because the deal has not been announced.

The Blazers’ calling card in recent seasons has been continuity, with a starting five of LaMarcus Aldridge, Robin Lopez, Wesley Matthews, Nicolas Batum and Damian Lillard played enormous minutes together. But that group is dissolving this summer, with Batum already traded to Charlotte and Aldridge, Lopez and Matthews all on the open market as free agents.

Olshey got Gerald Henderson from Charlotte in the Batum deal and Mason Plumlee in a draft-night trade with Brooklyn to start the remodel.

Then Olshey made an aggressive play for Aminu, a player who averaged just 5.6 points and 4.6 rebounds in 74 games for the Dallas Mavericks last year. He has never scored 20 points in a game in his five-year career. But the 6-foot-9 Aminu can guard multiple positions and was the eighth overall pick out of Wake Forest by Olshey’s Clippers in 2011.

For a team that finished in the bottom third of the league in points allowed and field goal percentage defense, adding someone of Aminu’s defensive prowess figures to make a difference.

And as large as that contract appears at first glance, the $7.5 million average annual salary won’t look as big when the league’s new television contract sends the salary cap skyrocketing.